COVID-19 has understandably preoccupied us for months, nevertheless many other critical threats have not taken a holiday. One threat — climate change — looms large, and will punish the earth long after the virus is off the front pages.

The report examined more than 32 million U.S. births across 57 studies between 2007 and 2019. The findings provided the strongest evidence to date linking climate change and adverse outcomes to pregnant women and their babies.

The study also concluded that the populations most vulnerable to the ill effects of climate change were minorities, especially African-American mothers, who were more likely to have asthma, live near power plants and polluted areas, be unable to afford air conditioning and suffer from a lack of medical and health care. 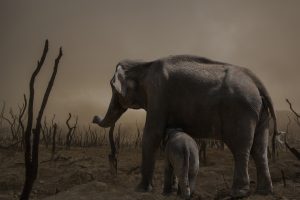 Climate change exacerbates the already disproportionate health burden borne by underserved communities around the world. WiRED International believes the science that documents global climate change, charts the impact on air, water and landmass and records the impact on human and animal health. While COVID-19 damages the human population worldwide, climate change continues its unrelenting damage of the ecosystems that support all life on the Earth.

We haven’t seen a lot of research on the impact of climate change on the birth of animals, but given the close interrelationships among humans, animals and the environment, we are left to wonder what impact climate change is having on animal species across the planet.

WiRED’s training programs and materials are all grounded in science and based on guidelines from the World Health Organization and the Centers for Disease Control and Prevention.