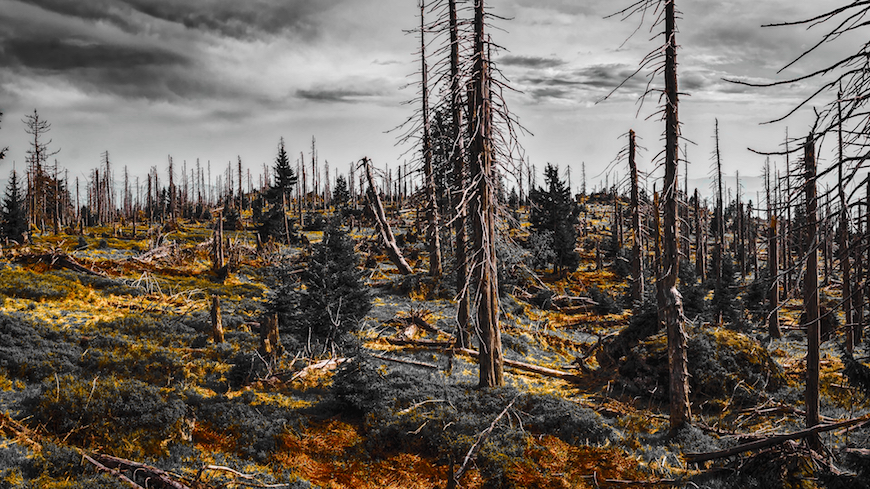 Why Are We Making Matters Worse? – An Editorial

This time last year, I wrote an editorial describing the wildfires burning north of San Francisco, where many WiRED volunteers and board members live. Because of air pollution, we were holed up in our homes, able to venture outside only for chores and obligations we could not avoid. This year the fires have returned, and so has the air pollution, although the air isn’t as foul as it was last year. This year’s new disaster-related feature was the preemptive electricity outages, where power companies plunged 2.7 million people into darkness. Of course, neither the pollution nor the blackouts approach the horrors of the fires themselves and the losses to people who suffered through those infernos. Ultimately, the fires directly and indirectly, through air pollution and power outages, impact human health, and that’s where we at WiRED take particular notice.

THE ENVIRONMENT, CLIMATE CHANGE AND HEALTH

People with asthma, heart disease and other health conditions, and the very young and the very old are particularly affected. Short-term health implications of the fires for vulnerable people are serious, but for everyone they include irritation of the throat, eyes and skin. People experience headaches, dizziness and nausea. Long-term effects that can last a lifetime include heart disease, lung cancer, emphysema, nerve damage and much more. Air pollution of this magnitude has a direct and serious impact on human and animal health. Anticipatory power outages are particularly harsh on people whose survival depends on in-home, medical devices.

During the past few years, the heart-breaking wildfires in California, killing dozens of people and wiping out entire animal populations, have broken all records — the numbers killed, acreage burned, structures destroyed. Experts list climate change as one of the leading causes of the fires. How does climate change lead to wildfires? It elevates temperatures that dry out vegetation. It shortens rainy seasons and diminishes the amount of total precipitation. Less snowfall and early melts worsen the dry seasons. The U.S. Department of Agriculture calculates that an average annual temperature increase of 1 degree Celsius raises the median burned area as much as 600% per year in some forests.

The impact of climate change does not stop with these withering conditions in the California forests. Anyone who can read a newspaper knows that recent hurricanes have brought rains and winds that far exceed the norms. They will know that epic droughts in Northern Africa have slammed farmers and herders, causing widespread starvation, resulting in the mass migration of populations. They will learn that our beloved national parks are transforming from great reserves of plants and animals to climate-altered landscapes unable to support the life once found in abundance. Climate change is affecting fresh water lakes and rivers, the ice pack at the poles and the levels of our oceans, which are now slowly claiming inhabited areas on low-lying islands and along the mainland coasts.

How it is that despite the crushing amount of scientific evidence, the agreement of nearly every reputable expert, the overwhelming proof of devastation . . . so many of our political leaders refuse to believe it, refuse to act on it, and so allow this climate change to ruin our planet with ever greater force?

All of these effects and more have a direct impact on human and animal health. As hunger and starvation increase, so too does our vulnerability to sickness. Further, diseases are spread by animals and insects migrating toward regions they find more hospitable; places to which they have never ventured before. Mosquitoes, for instance, now traveling to warmer northern latitudes, bring with them a host of sicknesses novel to the human populations. Recent Zika, dengue and yellow fever outbreaks serve as examples.

WHY IS LEADERSHIP FAILING?

The questions people around the world, including Californians, are asking go something like this: How it is that despite the crushing amount of scientific evidence, the agreement of nearly every reputable expert, the overwhelming proof of devastation — including what we see outside our own windows — so many of our political leaders refuse to believe it, refuse to act on it, and so allow this climate change to ruin our planet with ever greater force? Scientists have recently reported that we have 12 years to institute major policy changes to reduce carbon or be on our way to losing the planet. Within the past month, the New York Times reported that 12 years is likely too generous. Today, data show that at this very moment we may be teetering on the edge. How can our political leaders thumb their noses at such evidence?

At this point, I find an answer to that question uninteresting and of little use. We may never understand the thought processes of the skeptics, and we just don’t have time to figure them out. For me, the question is more practical: how 70% of the American population can believe in climate change, and how 66% percent of the U.S. Congress can believe in climate change, and yet our representatives who write the laws continue to ignore it in defiance of public opinion? The United States is the only country on earth to have rejected the Paris Climate Agreement. Paris may not offer a perfect solution, but it’s a start, and, if nothing else, an acknowledgment that climate change is taking place.

Since I wrote about the California fires last year and asked the questions about how government can ignore the problem, the situation has grown much worse. With very little public notice or reaction, the administration has quietly repealed or is working to repeal 84 rules designed to protect the environment. During the past year alone, the administration has moved on these provisions:

While Americans already witness the effects of climate change and will increasingly suffer from intensifying conditions, people in places WiRED works — in low-resource and remote regions — will suffer the greatest consequences. Even though their governments are participating in the Paris Accord, their efforts will have minimal positive outcomes when the U.S., the world’s second largest polluter, actively seeks to make conditions worse. Global health will suffer and especially in underdeveloped countries.

Why back out of international agreements that address the most pressing environmental issues? Why promote policies that lead to flooding, fires, heatwaves, deep freezes, destroyed crops and submerged cities, all of which will cost billions and eventually trillions of dollars.

We are nearly out of time. The most benighted group of regulators ever assembled in Washington, D.C., are making decisions that may determine the life or death of our planet. But why are they on a bender to damage the environment and the climate? While legislators are locked in a Gordian struggle and will pass no climate legislation, the administration is taking every opportunity to make matters much worse. WHY? Why does the administration want to dirty the air and the water? Why does it want to promote rules that obviously foul the wilderness and public lands? Why put in jeopardy endangered species? Why back out of international agreements that address the most pressing environmental issues? Why promote policies that lead to flooding, fires, heatwaves, deep freezes, destroyed crops and submerged cities, all of which will cost billions and eventually trillions of dollars. Why make a conspicuous point of ignoring science in making key environmental decisions? Finally, why ignore the American public that supports measures to address the deteriorating environment and a rapidly changing climate?