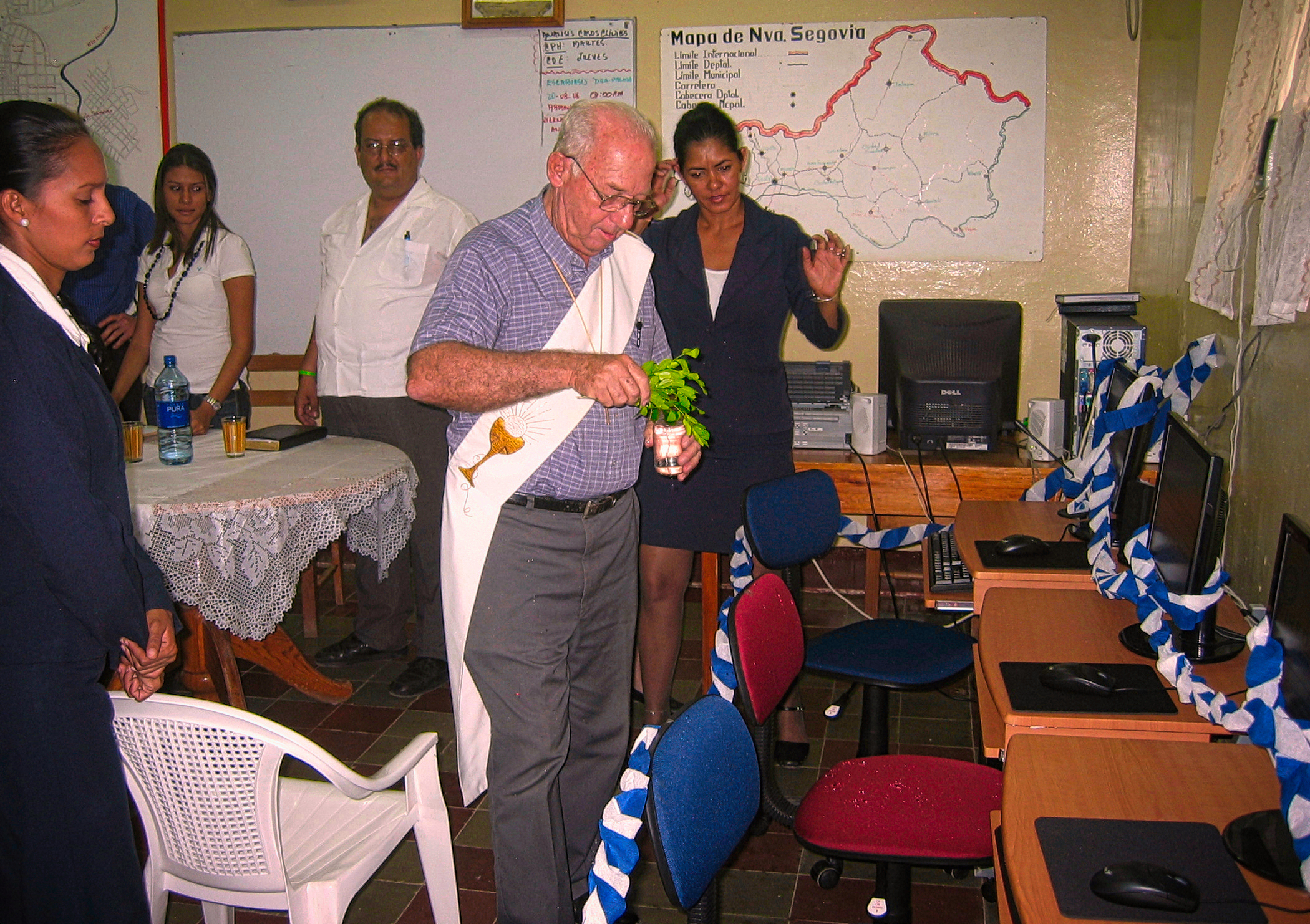 A priest blesses the computers at one of the new Medical Information Centers in Honduras.

Over the years, most of WiRED’s work in Central America has been funded by the pooled contributions of generous donors — board members, volunteers, friends of WiRED — who saw a need to assist the medical communities with educational resources. In the summer of 2008, we launched a large project to outfit hospitals in Nicaragua, Honduras and El Salvador. The Medical Information Centers (MICs) we installed in each country allowed doctors and nurses to access the latest medical research online and on WiRED’s CD-ROMS. This Archive story describes a busy week in August when we installed MICs in this low-resource region where hospitals serve hundreds of thousands of people. 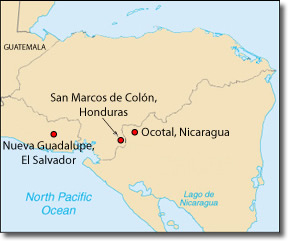 In the North of Nicaragua, the city of Ocotal has a population of about 32,000. A ceremony at the regional hospital inaugurated six workstations and a server, providing access to WiRED’s medical resources and to the World Health Organization’s huge database of biomedical journals and textbooks. Ocotal is the second city in Nicaragua to open a MIC; the first three MICs in Nicaragua opened in León. The Ocotal Center will serve the doctors and people of that city as well as those within a 75-mile radius. 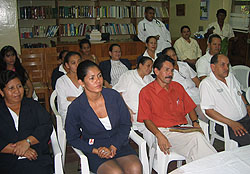 Dr. José Reyes Morales, General Director of the Hospital, said that the physicians and medical community were very happy to learn more about the new technology and excited about connecting to doctors in other parts of the world. A local girl recited a poem called “To Margarita Debayle” by Ruben Dario, that told the story of a young woman who found her dreams in the stars (read this poem at http://oldpoetry.com/opoem/65861-Ruben-Dario-A-Margarita-Debayle–To-Margarita-Debayle- ?). Afterwards a priest blessed the computers with holy water (luckily with no ill effects). 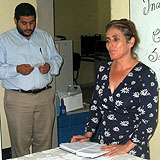 This opening, at the hospital Proyecto de Salud San Marcos de Colón, marked the third MIC in Honduras. The first two, at hospitals in Choluteca and Tegucigalpa, opened in 2005 (see related story). Doctors, medical professors, nurses and people from the surrounding community attended the ceremony.

The mayor of San Marcos de Colón, Marco Antonio Mendoza, spoke about the value of the center to the medical community. Dr. Gary Selnow, Executive Director of WiRED, said that the computer center would serve as a bridge to link doctors in Honduras to medical communities around the world. The Education Delegate of the San Marcos Community, Mrs. Grace Rodriguez, also spoke. She said that education and health go hand in hand; you cannot teach people who are not healthy and you cannot advance healthcare without education. Clergy blessed the computers and a local restaurant provided food. 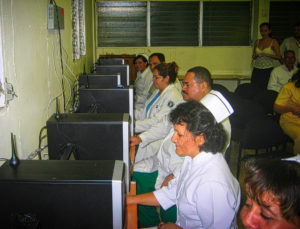 At the National Hospital of Nueva Guadalupe near San Miguel, WiRED opened its first center in El Salvador. Six workstations provide full access to medical libraries and journals available in about 20 languages, including Spanish. The conference room was filled with physicians, students, staff from the hospital and members of the Rotary Club of San Miguel all welcoming the new facility.

Ceremonies opened with an enthusiastic crowd singing the Salvadorian National Anthem, followed by remarks from the Rotary Club president, Dr. Jorge Tolentino, and Dr. Salvador Perez from the hospital’s staff, thanking WiRED for the access to medical information.

Santiago is a psychologist. He has been working with WiRED International for many years during which he helped install Medical Information Centers (MICs) in Nicaragua, Honduras and El Salvador. He also works with The Polus Center for Social & Economic Development (www.poluscenter.org), an organization that helps people with disabilities in developing countries. WiRED and Polus have teamed together in the past to provide Internet access to the Ben Linder Café (see related story). 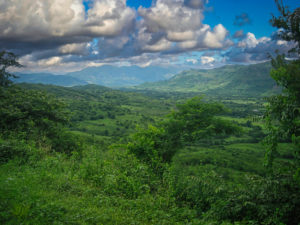 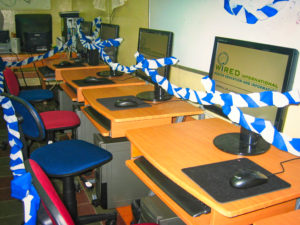 Funding for these MICs came from Friends of WiRED, average people who, each year, generously contribute to our medical information work in developing countries. Through their pooled donations, these donors—including WiRED’s board members, volunteers and contributors—covered the cost of computers and other resources needed to set up the Centers in Central America. 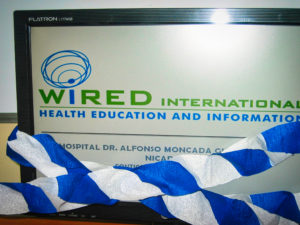 Nicaragua and Honduras are in the World Health Organization’s Band 1 list of countries—where the average per capita income is less than $1,200. El Salvador is a Band 2 country—where income is less than $3,500 per year. WiRED focuses its efforts on countries that are among the poorest of the poor, where modest assistance to medical communities goes a long way to improve healthcare and prevention.