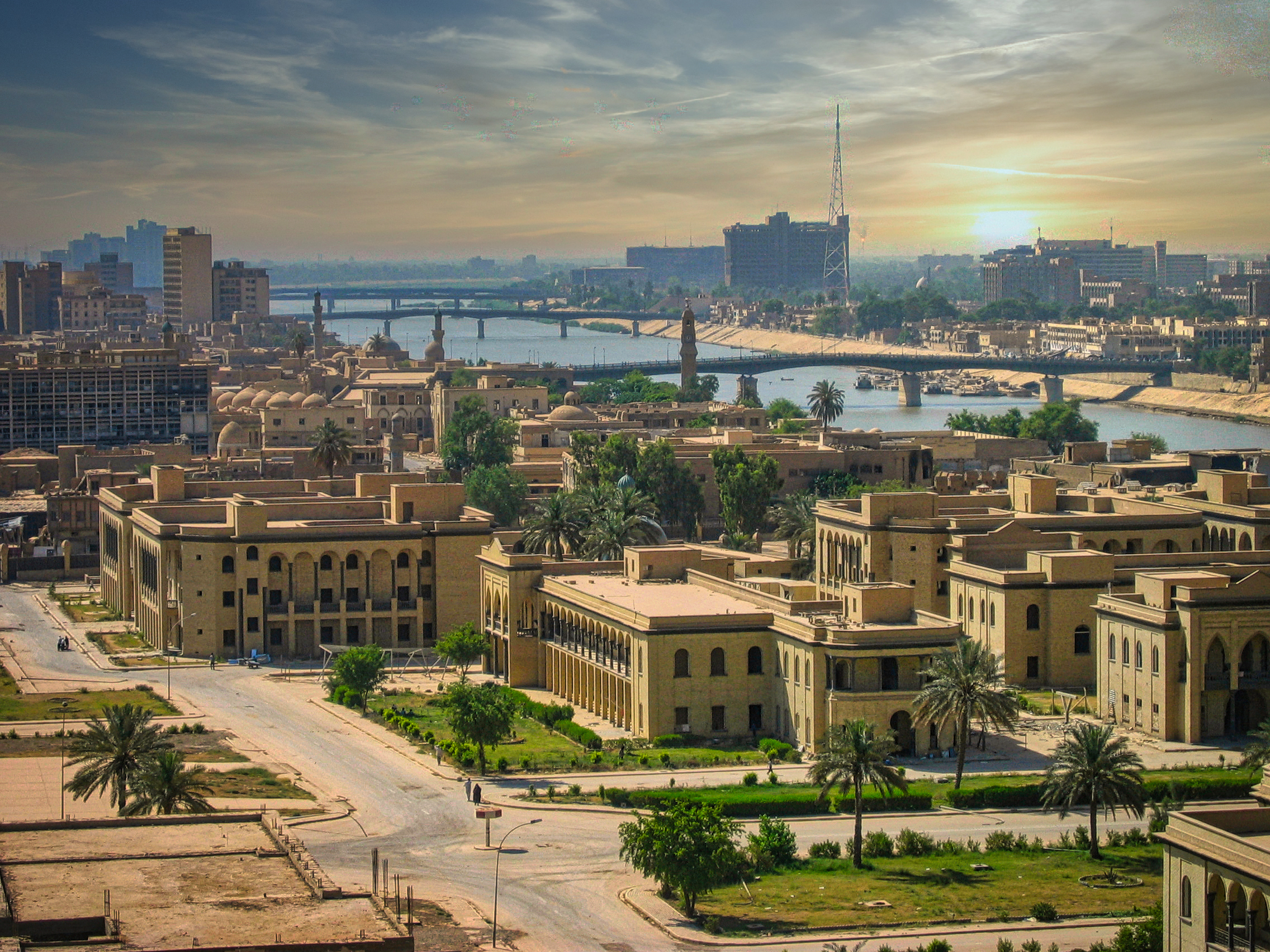 This article from WiRED’s archives describes how, in 2007, officials dealing with a cholera outbreak in Iraq alerted WiRED, and how we quickly responded to address the crisis. 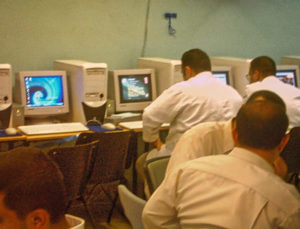 It’s a story with many moving parts: Immediately after answering a phone call requesting help, WiRED gathered educational material, set up telecommunication connections and arranged for the world’s leading diarrheal experts from Dhaka, Bangladesh, to assist officials dealing with the outbreak in Kirkuk, Iraq.

This event took place several years before WiRED assembled our own expert team to create training modules. This story shows how, in those days, we obtained existing tutorials and engineered the communication resources needed to bring together the entire educational program to stem the deadly advance of cholera in iraq.

WiRED in Action: Bringing Experts Together via Technology

Sometimes the largest barriers to critical medical care are connections to medical experts. Information may be available, but not getting to the people who most need it. WiRED’s ten years of experience connecting doctors to experts and making medical information readily accessible meant a quick solution to both these problems in Kirkuk, Iraq, during a cholera outbreak in June. 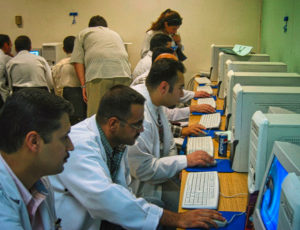 When officials in Kirkuk, Iraq needed help containing an epidemic, they called Gary Selnow, Ph.D., WiRED International’s Executive Director. They said, “We have a cholera outbreak. Can you come up with a way to deliver updated information to the Iraqi physicians?” Stacy S. Lamon, Ph.D., Senior Public Health Advisor with the U.S. Department of State’s Kirkuk Provincial Reconstruction Team (PRT) had heard of WiRED’s work in Iraq. He figured that information technology might provide the needed link to essential medical information.

“This is an excellent idea that not only improves communication between experts,” said Dr. Lamon, “but saves the lives of people we will never know.” 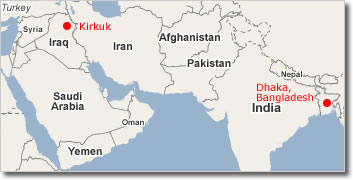 In situations like these, speed definitely saves lives. Within a half-hour, Dr. Selnow spoke with Larry Ronan, M.D., WiRED’s contact at Harvard, who called Edward Ryan, M.D., a leading cholera expert at the medical school. Dr. Ryan, in turn, recommended a group in Dhaka, Bangladesh, known as having some of the best cholera experts in the world. Dr. Selnow then contacted that group via email. Happy to help, officials at the International Centre for Diarrhoeal Disease Research, Bangladesh (see ICDDR,B sidebar) responded quickly. And because time zones in Dhaka and Kirkuk are only three hours apart, coordinating a teleconference was much easier.

Getting the Format Right

The ICDDR,B had released a training CD on cholera that would be very useful to the doctors in Kirkuk. However, because Iraq does not currently have a postal service, it could not deliver the disk. Instead, someone from ICDDR,B, who was flying to the States for other reasons, hand carried the CD to the U.S. and overnighted it to WiRED’s offices. One of WiRED’s IT partners—Chris Spirito with the MITRE Corporation—converted the CD to Flash and put it up on the Web so that Iraqi doctors could view the training. 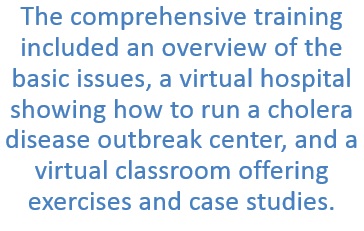 The comprehensive training included an overview of the basic issues, a virtual hospital showing how to run a cholera disease outbreak center, and a virtual classroom offering exercises and case studies. The Kirkuk doctors were immediately able to access and study this information. A week later, they scheduled an interactive video conference with experts from the ICDDR,B. The Kirkuk doctors made the most of the hour-long consultation with Dr. Mohammed Abdus Salam and his experts in Dhaka because they had been able to review the training materials that WiRED posted on the Web. They then followed up with ICDDR,B through email. 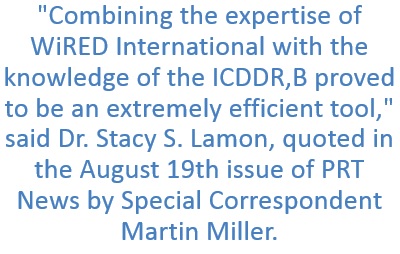 “Combining the expertise of WiRED International with the knowledge of the ICDDR,B proved to be an extremely efficient tool,” said Dr. Lamon, quoted in the August 19th issue of PRT News by Special Correspondent Martin Miller. “The videoconference proved to be a major success for two reasons: It allowed for communication between healthcare experts in Kirkuk and national and international experts in Bangladesh and it demonstrated the power and potential of videoconferencing in the areas of health and public health.” 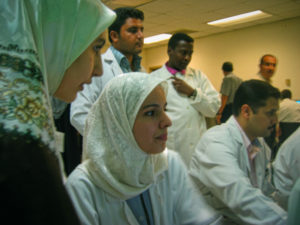 ICDDR,B – the International Centre for Diarrhoeal Disease Research, Bangladesh (previously known locally as the Cholera Hospital) is an international health research institution located in Dhaka, the capital of Bangladesh. With the changing trend in the world scenario in health and population over the years, ICDDR,B has expanded its activities to address some of the most critical global health needs. In collaboration with partners from academic and research institutions throughout the world, the Centre conducts research, training, and extension activities as well as programme-based activities.

ICDDR,B has a mix of national and international staff, including public health scientists, laboratory scientists, clinicians, nutritionists, epidemiologists, demographers, social and behavioural scientists, IT professionals, and experts in emerging and re-emerging infectious diseases, vaccine sciences, etc. The Centre has a cross-cultural environment with 95% local staff that includes researchers, medical officers, administrators, and health workers, and 5% international staff primarily from academic and research institutions engaged in global health research. Currently, there are about 1250 regular staff.

Since 1978, the Centre has shared its knowledge and techniques by training more than 20,000 health professionals from over 78 countries of the world. Various courses provide practical training in hospital management of diarrhoeal diseases, epidemiology, biostatistics, family planning, demographic surveillance, and child survival strategies.