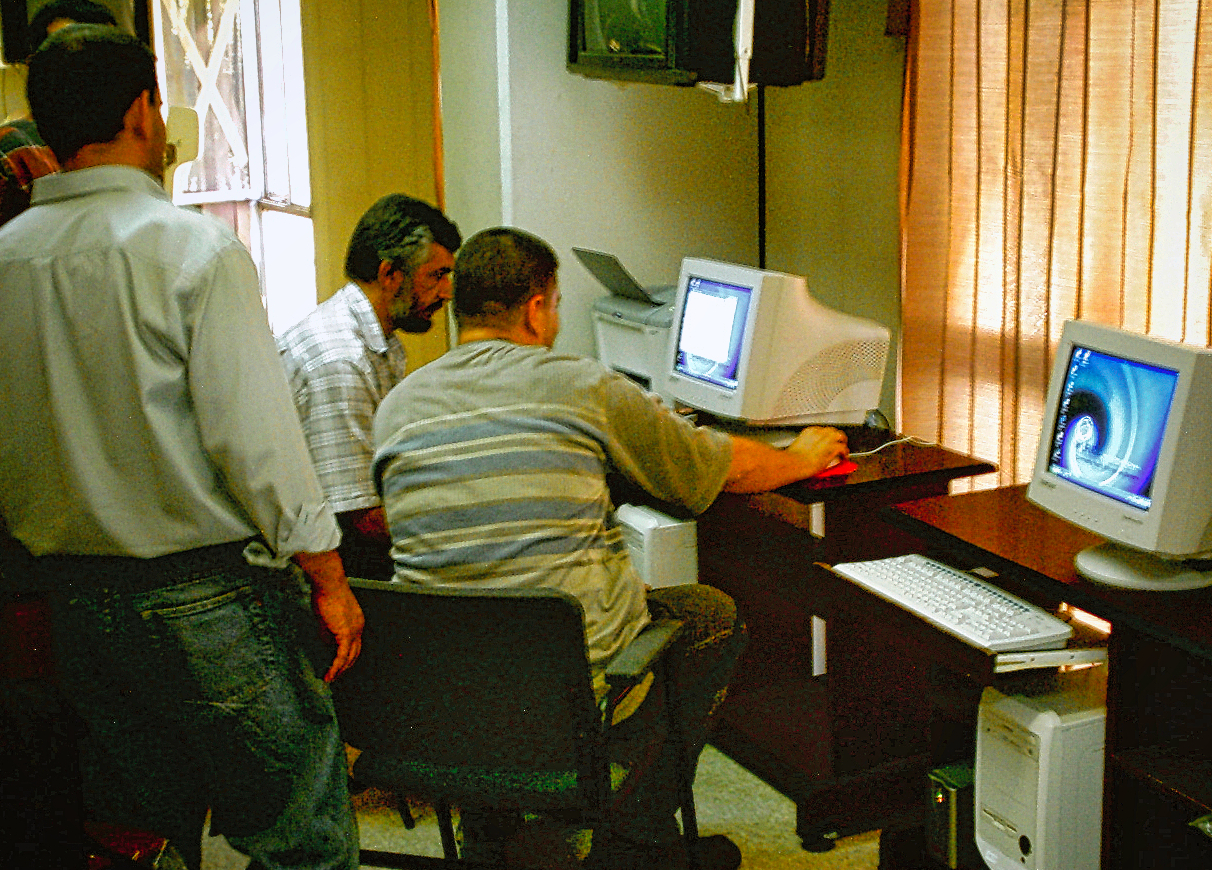 WiRED successfully launched the first Medical Information Center (MIC) in Baghdad early in 2003. That Internet-linked computer facility began WiRED’s program that in the next few years would outfit 39 MICs across Iraq.

While the MICs offered stand-alone interactive training courses on CD-ROMs, many others outside Baghdad also had occasional Internet connectivity that allowed doctors to read journals and contact colleagues in other countries.

In several facilities, WiRED was able to secure enough funding to provide satellite connections with sufficient bandwidth to conduct high-quality teleconferences. Satellite-linked locations included Baghdad and Basra and several locations in the northern Kurdish region of the country, for instance, Erbil and Sulaymaniyah. WiRED scheduled and operated regular training programs between these facilities and several hospitals and medical schools on the east and west coasts of the United States.

Nursing education in Iraq, as in many regions of the world, has never had the resources given to physician training. So nursing In Iraq had fallen behind nursing programs in many other countries.

Recognizing this shortfall, WiRED set up a special training program between San Francisco State University School of Nursing (SFSU SoN) and the satellite-linked facilities in Iraq. Of the four teleconference training sessions scheduled each week, one was devoted to nursing training, provided by SFSU SoN. 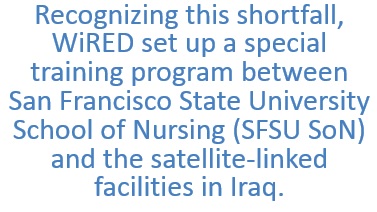 This nearly two-decade-long relationship between WiRED and SFSU SoN most recently has focused on the community health worker and continuing medical education programs. WiRED’s work on the ground links the San Francisco-based nursing school with expanding training programs in Africa and Latin America.

The following brief story provides a 2006 update of WiRED’s teleconference program between doctors and nurses at American Universities and medical professionals in Iraq.

This summer, WiRED International has been coordinating a telemedicine program between three U.S. medical universities and four medical schools in Iraq.

This is a unique program—it’s the only current medical education activity operating across Iraq. WiRED installed the necessary equipment and provides support for the satellite connections and operation of the program. WiRED also organizes the schedule for the three U.S. and four Iraqi institutions participating in the program.