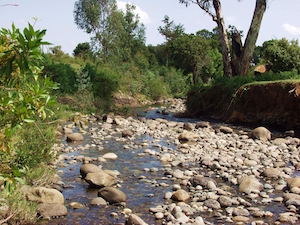 Threats to the health of our planet — such as climate change, pollution, deforestation and species extinction — make this Earth Day, Sunday, April 22, a vital time to reflect and to act to protect our world.

The earth has been warming and cooling for centuries, but, according to the overwhelming majority of respected scientists, this process is proceeding at a rate that is unprecedented as a result of human activity.

As members of an organization that for 20 years has focused on medical and health education, we at WiRED International are deeply concerned about how this spike in global temperatures and the rapidly changing climate impact human health.

The World Health Organization states that environmental risk factors such as pollution, chemical exposures, climate change and radiation contribute to more than 100 diseases worldwide, and that one in four global deaths occurs as a result of people living or working in an unhealthy environment.

The health of our Earth is in jeopardy. WiRED trusts that science will provide the foundation for nonpartisan policies, actions and decisions that will ensure the health of our planet’s populations for all the Earth Days to come.

On April 22, 1970, 22 million Americans across the country demonstrated to protect the environment. Motivated by a 1962 massive oil spill in California, Gaylord Nelson, then a U.S. senator (D) from Wisconsin, founded Earth Day along with Pete McCloskey, a conservation-minded congressman (R) from California. This bipartisan effort was supported by a broad spectrum of voters, organizations and members of Congress. Earth Day 1970 led to the creation of the U.S. Environmental Protection Agency and the passage of the Clean Air, Clean Water, and Endangered Species Acts. This year Earth Day celebrates its 48th anniversary.