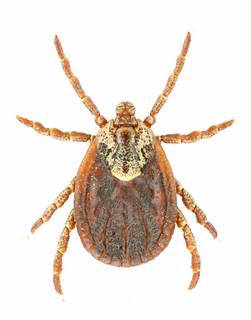 Spring is here. The flowers are blooming, the birds are singing — and the insects are spreading infections at an alarming pace.

The Centers for Disease Control and Prevention (CDC) reports that infectious diseases from mosquito, tick and flea bites more than tripled in the United States from 2004 to 2016.

The National Institutes of Health’s National Center for Biotechnology Information says that nearly half of the world’s population is infected by at least one type of vector-borne pathogen. A vector is an organism, such as the mosquito, that does not cause disease itself, such as Zika or malaria, but which spreads infection by conveying pathogens from one host to another.

What is causing the increase in vector-borne diseases? CDC states that warmer weather is an important cause of the surge in cases and cites a study in the agency’s Morbidity and Mortality Weekly Report to make the case. The One Health philosophy — adopted by the World Health Organization, CDC, WiRED International and many others — underlines the interdependence of the environment-human-animal ecosystem. Climate change, unclean water, dwindling food supplies, poor sanitation and antibiotic resistance all factor into the increase in public health risks.

WiRED’s Health Learning Center offers many health education modules on vector-borne infections such as Chikungunya, Chagas Disease, Dengue Fever, Yellow Fever, Zika and Malaria, with training on Lyme disease due out soon. All these modules describe the particular disease, its symptoms, diagnosis and treatments, but, most of all, they emphasize methods of prevention.

WiRED urges everyone to prepare and protect against insect bites, this spring and all year ’round.