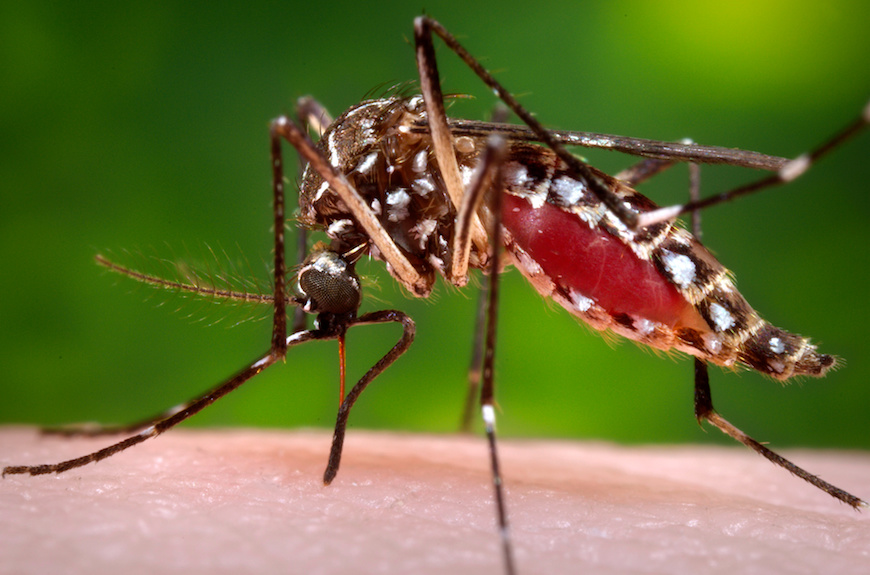 Climate Change Expected to Increase the Risk of Dengue

Dengue fever threatens nearly half of the world’s population, but it will likely get much worse. The New York Times reports on a recent study that forecasts that climate change is about to boost the risk of the disease to considerably larger swaths of the population.

Even a moderate warming scenario in the coming years will expand dengue’s range into more northern regions, which, along with population growth estimates, could put billions more people at risk for the disease in the coming decades.

Dengue fever is an infectious illness which presents the greatest human disease burden of any virus transmitted by mosquitoes. The flu-like illness is caused by four related viruses that are spread by Aedes aegypti mosquitoes — yes, the Zika mosquitoes. These mosquitoes thrive in and near human habitations, where they breed rapidly in standing water. Dengue used to be called “break bone fever” because it sometimes causes joint and muscle pain so severe that it feels as if a victim’s bones are breaking. Severe dengue is a leading cause of death for children in many Asian and Latin American countries.

WiRED International offers two dengue modules, one for general audiences and the other for healthcare professionals. WiRED’s modules examine dengue fever and explain how the illness is spread, its symptoms, diagnoses, treatments and measures of prevention. WiRED continues to monitor dengue and other mosquito-borne diseases such as Zika, malaria, yellow fever and chikungunya, and to reflect scientific updates in our training modules.

How to Avoid Dengue

The best measures to prevent and control dengue and other mosquito-borne viruses on an individual and global level include the following advice:

You can download the modules mentioned in this story, and all 400+ of WiRED’s health modules, through WiRED’s Health Module Access Program (HealthMAP) by  clicking here. This easy-to-use free program will enable you to create your own customized collection of health learning modules. You can learn more about HealthMAP through WiRED’s animation.