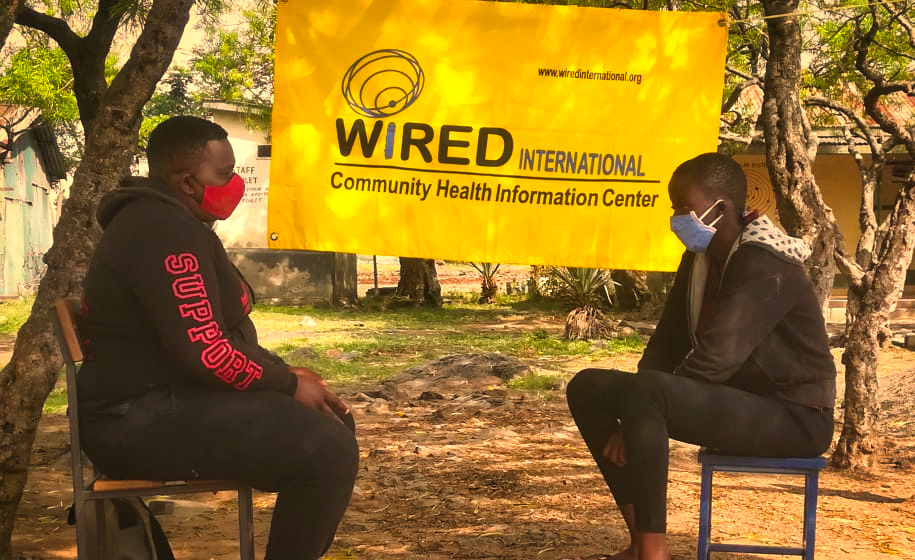 In low-resource communities around the world, people often are unsure about basic health practices, such as proper handwashing techniques and safe food preparation, much less how to protect themselves from COVID-19.

WiRED International brought our Community Health Worker (CHW) Training Program to Kisumu, Kenya earlier this year, and since then graduates of the month-long course are tending to the health of the populations they serve.

Since early July, a total of 14 CHWs who graduated WiRED’s CHW program have reached 3,158 members of the Kisumu community through health-related demonstrations and activities. The CHWs taught men, women and children about health topics ranging from COVID-19 to mother and child care to diabetes to HIV/AIDS.

What follows are stories from the CHWs themselves. Their reports underline WiRED’s belief that community health begins with knowledge.

As I was on COVID door-to-door sensitization, I came across a homestead that was in great danger of contracting the virus. The family was not aware of the safety measures to take to prevent contraction of the disease. I immediately gathered the members together and showed them how to wash their hands step by step for at least 20 seconds. I also advised them on the importance of keeping social distance, wearing masks in public places and avoiding crowded places. I realized that they lacked a handwashing facility, so I improvised a leaky tin as a jerrycan, so they could wash their hands frequently. 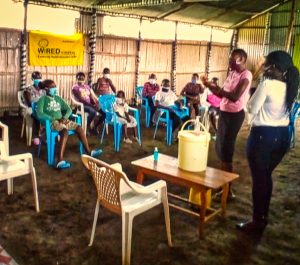 met a young mother aged 20 years who was not aware of the importance of breast feeding. The lady introduced the child to solid food at three months because the child could not sleep even after breast feeding. To the mother, the only way the child could sleep was by giving him a heavy meal. After some time the child developed some stomach complications. I was able to sensitize the mother on the need for breast feeding a child for a period of six months exclusively and beyond even after introducing the child to solid foods. This information will help her in the future. I also told her to seek medical attention for the child at the health facility.

Also, I met a client who was not aware that tobacco use and excessive consumption of alcohol contribute to diabetes. He thought diabetes came from eating junk food. During one of our sessions, I was able to take the client through the causes of diabetes and the importance of early diagnosis for better control, and I also referred him to a health facility to test his blood sugar.

Most people only wear masks when they see the police, so I had to find a way to convince them to wear a mask. Most people also don’t wear masks because they can’t afford them, but they say if they are given masks they would put them on. 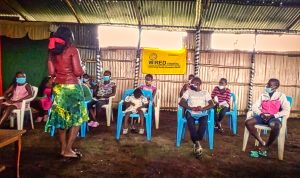 Some people don’t understand the importance of hygiene, especially those who are alcoholics and smokers. They share glasses of alcohol and cigarettes. They were even saying that there is nothing like coronavirus. They were complaining that 20 seconds is too much for handwashing. After a thorough discussion with them, I managed to convince them. I explained the importance of handwashing and also the disadvantages of not washing hands. I demonstrated handwashing step by step, which they followed. They were happy as they washed their hands and promised to do the same in their houses.

I also came across young mothers and made them aware of the importance of immunization. The activities were successful, and they were all happy to learn.

I met a young man of 23 years who was visiting the health facility to ask about drugs after he contracted HIV. He told me that after testing positive, his life was nothing but a hell. I took my time and talked to him privately and shared the benefits of taking the drugs and staying positive. He later agreed and promised me that that if he would not go to get drugs himself, he would let me take him.  We agreed on a day that he would go to the health facility. I told him that I would follow up to confirm that he visited the hospital.