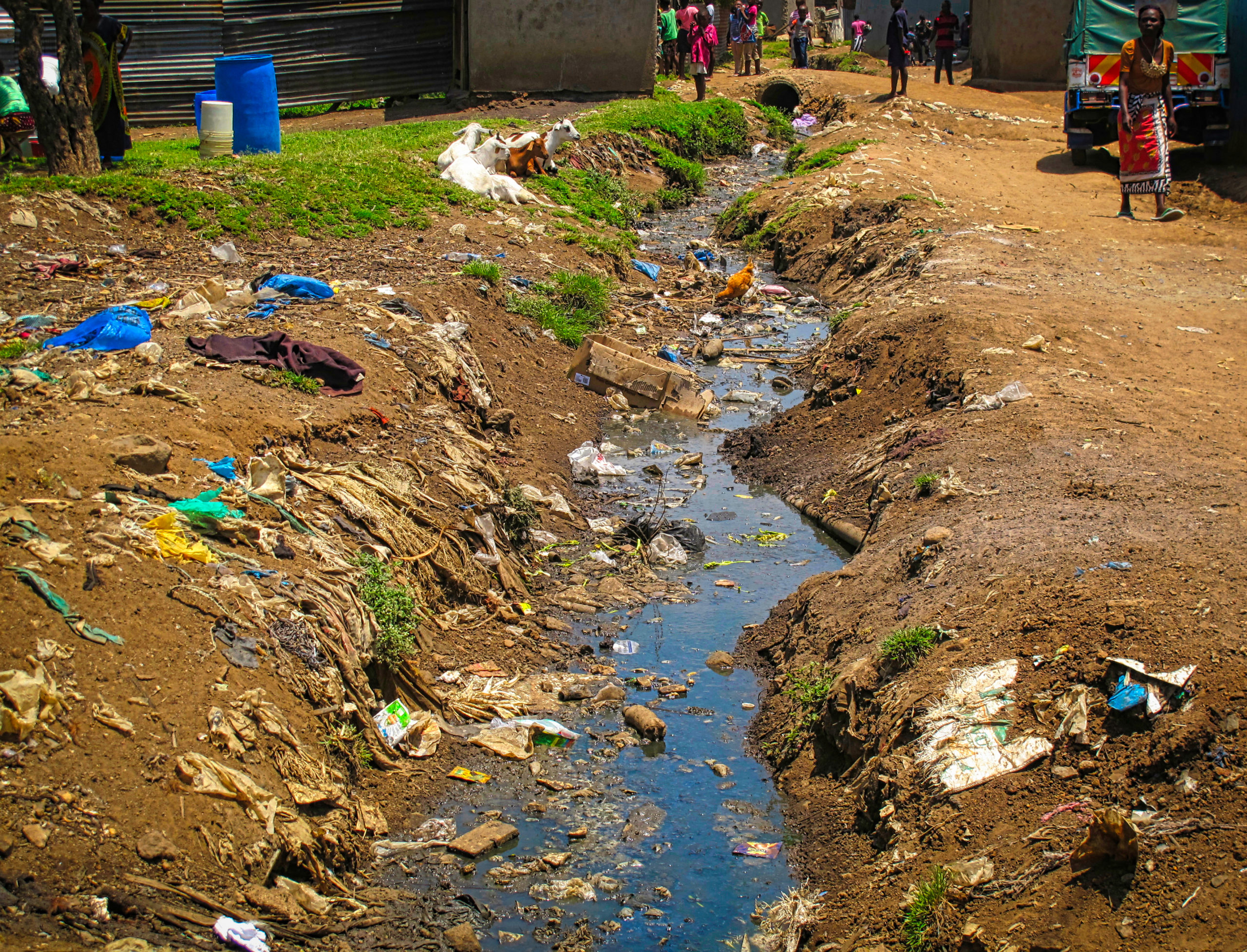 Example (from Kenya) of water polluted due to a lack of proper infrastructure. 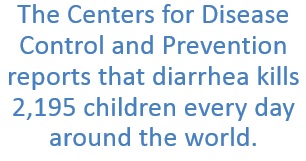 A cholera outbreak in Syria has occurred due to extreme water shortages and a national water infrastructure damaged by 11 years of war. Consequently, residents have been forced to drink unsafe water from the Euphrates River and to use contaminated water to irrigate crops. So far, 936 cases of severe acute watery diarrhea were reported and at least eight deaths.

Imran Riza, United Nations Resident Coordinator for Syria, said that “much of the already vulnerable population of Syria is reliant on unsafe water sources,” which may lead to the spread of dangerous waterborne disease, particularly among children.

Cholera is an acute diarrheal infection caused by ingestion of food or water contaminated by the bacterium vibrio cholerae. Although the illness is often mild or without symptoms, if untreated, severe dehydration and death can occur within hours. 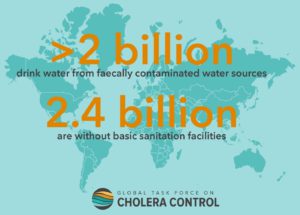 One of the most common symptoms of cholera is diarrhea, which causes the body to dehydrate, often very quickly. Children are especially vulnerable to dehydration because of their body size. The Centers for Disease Control and Prevention reports that diarrhea kills 2,195 children every day around the world. As we note later, if given in time, there is a remedy available called oral hydration therapy (ORT) that helps cholera victims recover bodily fluids.

WiRED International offers a module on cholera (available also in French and Spanish) that describes its prevention, transmission, symptoms, treatment and complications. Also, the course contains a technical section designed for medical professionals that gives information about treatment and vaccines.

Cholera remains a global threat to public health and an indicator of inequity in low-resource areas suffering from conflict, starvation, climate change and lack of adequate health care.

What is Oral Hydration Therapy?

Oral hydration therapy (ORT) is the primary cholera treatment. ORT is a simple and inexpensive ministration of an oral rehydration solution (ORS), which if given promptly to patients restores the fluids and salts lost through diarrhea. ORS packets are available at health centers, clinics and stores and then mixed with clean or boiled drinking water. If ORS packets are not available, homemade solutions of sugar and salt are easy treatment methods. 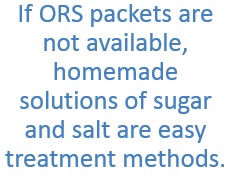 NOTE: Dr. Robert Northrup, a WiRED Advisory Board member, is an expert in global medicine and closely involved with the promotion of life-saving therapies such as ORT. Northrup’s team at the IDDR,B developed the formula for making ORT at home from correct proportions of salt and sugar. 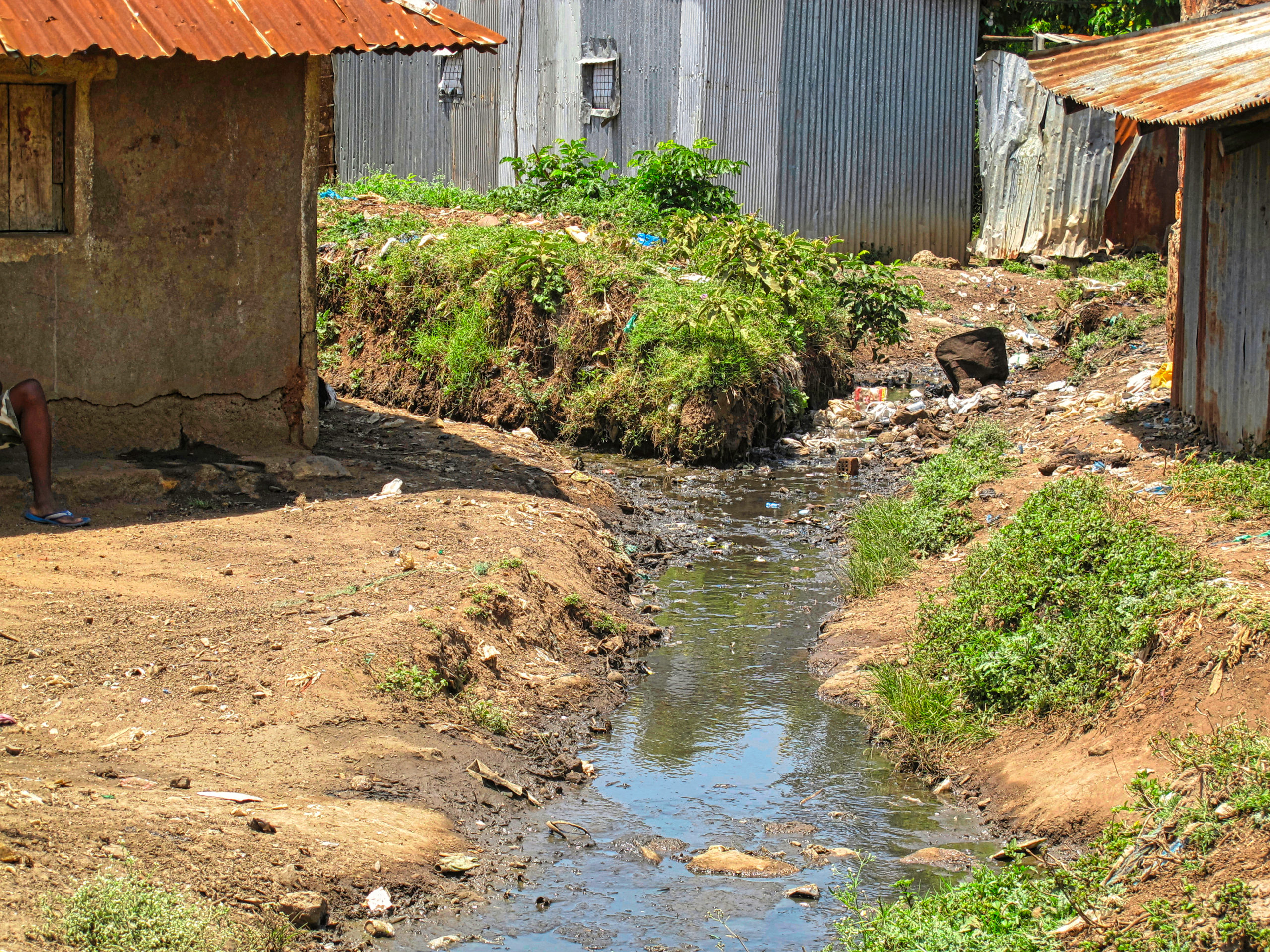