WiRED Offers an RHD Module Series and an Animation

Winter brings seasonal increases in strep throat, a bacterial infection which if not treated with an antibiotic can lead to rheumatic fever, rheumatic heart disease (RHD) and even death. 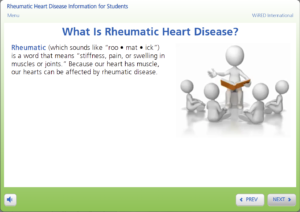 Although RHD is completely preventable, it affects 39 million people worldwide, many of them children in low-resource countries.

WiRED International has long targeted RHD. Nearly a decade ago, we started to develop a suite of programs designed to educate and curb the spread of the infection. A quick history: 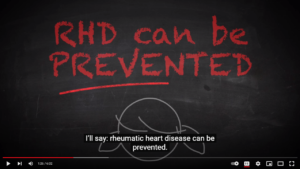 Prevention of RHD remains key. WiRED believes that the ability to recognize the signs and symptoms of strep throat and treat it before it progresses to rheumatic fever, then to RHD, will dramatically reduce the occurrence of this illness.