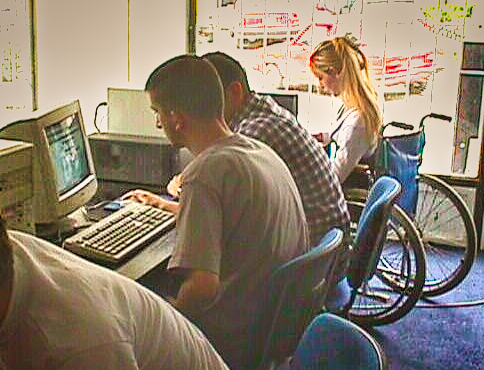 Editor’s Note: In the summer of 2000, WiRED began working with the U.S. Department of State (USDOS) and the International Organization for Migration (IOM) on a project to help the people of Kosovo reconnect with the outside world.
In the late 1990s, after several years of conflict with Serbia, Kosovar Albanians suffered from an escalated wave of ethnic cleansing at the hands of Serbian military forces. In March 1999, NATO stepped in with a bombing campaign against Serbian troops that, in four months, ended the agression against the people of Kosovo.
The ethnic cleansing assaults drove 1.5 million Kosovar Albanians to other countries, and many of them lost touch with people at home. WiRED’s project with the USDOS and IOM provided Internet communications to reunite families who left in the diaspora. The project also introduced doctors and people in other professions to the emerging Internet and the vast resources it offers.
This Archived story is a joint press statement released by the U.S. Department of State and WiRED International. It was released on September 14, 2000.

State Department and WiRED bring the Internet to Kosovo

The U.S. Department of State has established free computer centers at seven locations in war-ravaged Kosovo as part of its Kosovo Internet Access Initiative (KIAI). These centers are managed by the International Organization on Migration and operated with the help of a nonprofit foundation called WiRED (World Internet Resources for Education and Development). The aim is to help stabilize and revitalize communications between people in Kosovo and the outside world. 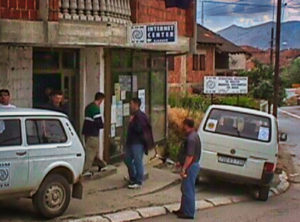 The centers, located at Pristina, Peja, Mitrovica, Prizren, Gjakova, Ferizaj and Gjilan, provide, in most instances, the only means of exchanging information for Kosovar students and professionals, and of connecting family members separated during the recent conflict. The project comes under the purview of the Office of International Information Programs and its Coordinator, John Dwyer.

This program provides the only Internet access outside of the capitol city of Pristina and the only free Internet access within Pristina. “These facilities demonstrate a firm belief in the ability of the people to effect the course of the recovery,” John Dwyer said. “Information is necessary for economic development, for the reconstruction of society and for education. Information lies at the heart of a democracy. That belief and the knowledge that the Internet can relieve Kosovo’s isolation have driven this project from the beginning.” 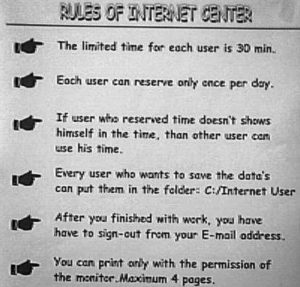 In addition to providing open Internet access to everyone, the Centers house special programs. For instance, in a project now being put in place, parents forced to remain in Kosovo while their children undergo lifesaving medical treatment in Western nations will be able to maintain face-to-face contact through the “Video Visit” program of WiRED. Video cams in the Kosovo Internet Centers and in the distant hospitals, connected through the Internet, provide this critical communication.

Doctors and academics, long deprived of the benefits of easy professional exchanges, can now stay current in the most recent developments in their fields. Health care workers are also connected with Western doctors in a one-on-one consultancy program being set up by WiRED.

Business people and entrepreneurs use the Centers extensively to improve their management and marketing techniques. Engineers, attorneys and other professionals use e-mail and the Web to advance their professional activities.

Perhaps most important for the free exchange of information in Kosovo, journalists make regular use of information available on the Web in the preparation of their own stories. This has the effect of diffusing domestic and international news to a wider audience throughout the Kosovo province. 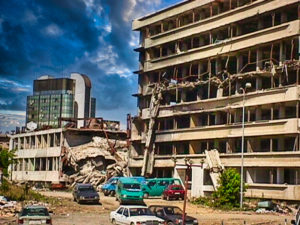 The popularity of the centers is underscored by the usage rates. WiRED recently conducted a study which shows that since the Centers have opened several months ago, more than 10,000 people each week have used the computers, with an estimated 250,000 total visits. The study, which included a survey of user demographics, revealed that more than 80 percent of those using the facilities are under 25 years of age. Engineers and engineering students top the list of occupational groups. In excess of 40 percent of all users have downloaded information from the Web. Journalists lead all groups in downloading. The most popular activity is e-mail (93%) followed by “getting news” and “having fun” with 75 percent. Academic research and business use are not far behind.

In addition to its project evaluation role, WiRED monitors on-the-ground training and assists in the development of special projects such as the hospital communications, “Video Visit.” To date, about 80 persons are trained in each center each month. Training is open to everyone, but focuses on key professionals who play a special role in the reconstruction. Trainers have taught local police, public health workers, local community volunteers, disabled persons and women’s groups. These special courses typically comprise about 20 hours of classroom instruction, Internet practice and evaluation exercises. The training material is a standardized tutorial written by WiRED programmers. To date, an estimated 3,300 people have taken the course that is offered in both English and Albanian.

In the U.S. effort to help Kosovar society mend itself, the Internet Centers have a unique place. The KIAI Centers offer instant information that creates a sense of community among a people confronted daily with isolation, hardship and uncertainty.