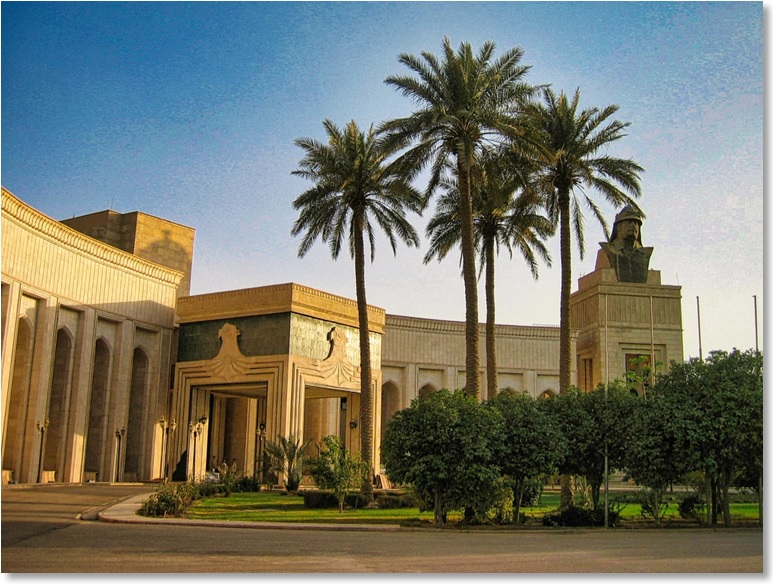 Saddam Hussein’s, Republican Palace in the Green Zone. The palace served as the
Iraqi Headquarters for the Multi-National Force for Coalition troops starting in 2003.

WiRED began work in Iraq early in the spring of 2003. We joined with the U.S. Department of State’s Global Technology Corps, headed by Jim Mollen, who was exploring ways in which computers could assist in the redevelopment of the embattled country. WiRED’s mission was to explore how computers and possibly the Internet could provide Iraqi doctors and medical students with access to the latest scientific research, diagnostics and treatment techniques.

The following story marks the fifth anniversary of our first Medical Information Center (MIC) in Baghdad’s Medical City Center, a huge complex of medical facilities including a teaching hospital, surgical specialties hospital, laboratories, medical and healthcare school and much more.

By this time, WiRED had set up 30 MICs around the country and had established a telemedicine program between American and Iraqi doctors. We outfitted four communication facilities in Iraq that served as links with several U.S. medical schools and hospitals.

This article, from 2008, offers a summary of our work in Iraq up to that point.

by Krista Glen and Allison Kozicharow

On June 24, 2003, WiRED International launched its first Medical Information Center (MIC) in Iraq. Now, five years later, WiRED celebrates the anniversary of this launch, having installed more than 30 MICs throughout the country and video conferencing facilities in four Iraqi cities.

Dr. Gary Selnow, WiRED’s founder and executive director, describes that first day: “When we opened our MIC in Baghdad’s main hospital, doctors, nurses, and students were standing four deep in front of the computer terminals waiting to access information. People have told us that Iraqi surgeons often looked up the latest techniques and procedures on a MIC computer as they planned their operations.”

The MIC and its program—funded, in part, by the U.S. Department of State’s Bureau of International Information Programs—have provided computer technology and training to thousands of physicians, nurses, and medical students throughout the country. This innovative program links these Iraqi professionals to hospitals and medical databases worldwide, as they repair a medical infrastructure.

“WiRED’s costs in Iraq have been kept down, through in-country purchase of much of the computer equipment, as well as contracting locally for computer and communications maintenance. Iraqis have proven to be very resourceful in re-entering the information age,” said Dr. Suellen Crano, a WiRED board member.

The first MIC inaugurated a 10 workstation computer center with a 130 disk CD-ROM health education library at the Medical City Center of the University of Baghdad, the largest teaching hospital in Iraq. At the inauguration, Dr. Selnow said this is a “first-of-a-kind center that will give Iraqi physicians the information they need to catch up with medical developments after more than a decade of isolation.”

MICs, at that time, were equipped with computers and databases—digital medical libraries—that supplied information to local health workers. WiRED no longer supplies on-board medical libraries, finding that even 200 Gigabyte hard drives are no longer adequate to deliver the latest medical knowledge. Today, Internet connections are necessary to provide health workers access to the most complete medial databases. 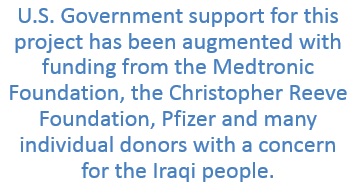 WiRED made history in January 2006 with the successful test of the first telemedicine center in Iraq. Technicians in Baghdad interacted with physicians, teachers, and WiRED supporters at San Francisco State University for over one hour via real-time audio and visual technologies. This was the first of four WiRED telemedicine centers in Iraq. They allow doctors, nurses and medical students to learn, teach, and diagnose illnesses with the international medical community. 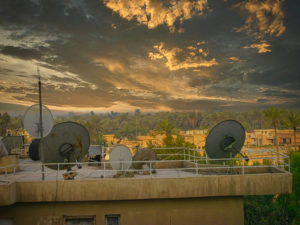 Also, the program will carry live in-Iraq continuing medical education programs operated by the Medical Alliance for Iraq (MAI). MAI is a group of American physician volunteers who travel to Iraq to conduct educational sessions. The MIA is lead by ophthalmologist, Dr. Michael Brennan. Dr. Larry Ronan, at Harvard, and Dr. Bud Alpert, a San Francisco physician, also work closely with the MAI. 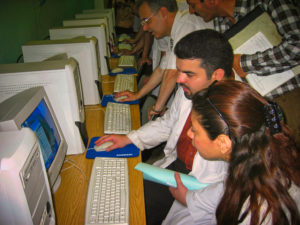 In addition to providing lectures and seminars, many of these facilities will offer Grand Rounds to Iraqi medical schools in Baghdad, Basrah, Erbil, and Mosul. WiRED installed the necessary equipment and provides support for the satellite connections and operation of the program. WiRED also organizes the schedule.

U.S. Government support for this project has been augmented with funding from the Medtronic Foundation, the Christopher Reeve Foundation, Pfizer and many individual donors with a concern for the Iraqi people.

Since we began working on healthcare-related projects in Iraq in early 2003, with strong support of the Iraqi medical community and with the help of our volunteers and partners, we have maintained that—in addition to fortifying the practice and study of medicine—our efforts to assist the Iraqi medical community provide some of the most powerful examples of American generosity, compassion, and goodwill. WiRED pledges to continue our work with Iraqi healthcare professionals.