Not Flawless but a Huge Step Forward

By Allison Kozicharow; Edited by Staff 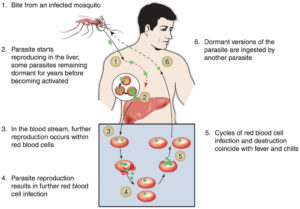 Malaria has plagued humankind from Neolithic times to the modern day. Now, with the World Health Organization’s (WHO) approval of the first vaccine to prevent malaria, there is hope to drastically reduce the numbers of cases and deaths from this ancient disease.

The malaria vaccine — RTS,S/AS01 or RTS,S — is the first vaccine developed for any parasitic disease. The vaccine is not perfect. It offers 30% efficacy against severe malaria, and must be given in four doses — a challenge in underserved countries where most people cannot access basic health services. Despite its modest effectiveness, WHO Director-General, Dr. Tedros Adhanom Ghebreyesus said the vaccine could save tens of thousands of lives each year. Also, based on the success of messenger mRNA COVID-19 vaccines, scientists are hoping to develop a malaria vaccine based on mRNA technology, which could offer a more potent check on this deadly illness. 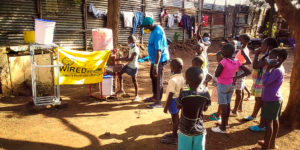 Malaria is caused by Plasmodium parasites and is spread to people through the bites of infected female Anopheles mosquitoes or “malaria vectors.” After being infected, people first display fever, headache and chills. If not treated within 24 hours malaria can lead to severe illness and death.

WiRED offers two malaria programs in our 450+ library of free health education training modules. The module for general audiences provides information about the causes of malaria, its prevention, transmission, symptoms, diagnoses, treatment and relapses. The module for healthcare professionals contains more in-depth content, such as facts about the life cycle of the malaria parasite, incubation period, clinical manifestation and drug resistance. 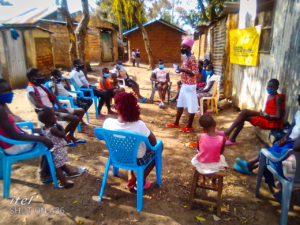 Although malaria is rare in high-income countries, nowhere—past or present—has malaria exacted a greater toll than on Africa, especially on its children, who on average experience six malaria episodes every year. Children under five years old account for 67% (274,000) of all malaria deaths worldwide, and children who do survive do so with compromised immune systems that leave them vulnerable to malaria reinfection and other diseases.

On a personal note, every single WiRED community health worker (CHW) in Kisumu, Kenya, has had at least one episode of malaria. WiRED receives a monthly report from our CHWs about the thousands of people they treat, and malaria is the most frequent illness they record, along with COVID-19. WiRED has trained these CHWs to be COVID-19 vaccinators, and we hope that in future they can vaccinate their communities against malaria.