Health authorities report that the polio virus has been found in New York City sewage. What does this mean? 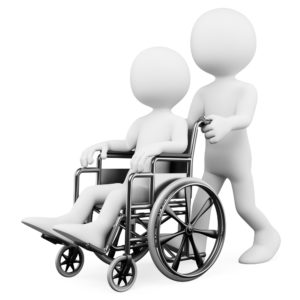 The discovery suggests that the poliomyelitis (polio) virus is circulating throughout the city and poses a risk to the unvaccinated population. Just a few weeks ago a man in a New York State county contracted polio and suffered paralysis. The detection of the virus in New York City wastewater raises fears that other cases of paralytic polio could occur.

There is no cure for polio, a crippling and potentially infectious disease. The simple defense is vaccination. Although cases globally are few, polio is far from eradicated. There are two reasons: failure for people to get vaccinated and the COVID-19 pandemic, which eclipsed focus on and funding for other diseases.

WiRED strongly supports vaccination. This relatively simple measure not only protects vulnerable people from current diseases but also from those thought to have been erased.

Vaccination against Polio Begins in Childhood

According to the Centers for Disease Control and Prevention every child should receive one of four doses of polio vaccine at ages:

Many children growing up in the 1950s recall the horrors they faced even at the thought of polio. The disease often struck the young and in many cases took away their ability to control their muscles. Polio could lead to paralysis and even death. Muscles that enable the lungs to function were often affected by polio and people so afflicted were placed in an iron lung, also called a negative-pressure ventilator, that enabled the victim’s lungs to contract and expand. The haunting, rhythmic sound of an iron lung caused fear among children growing up in that polio outbreak.