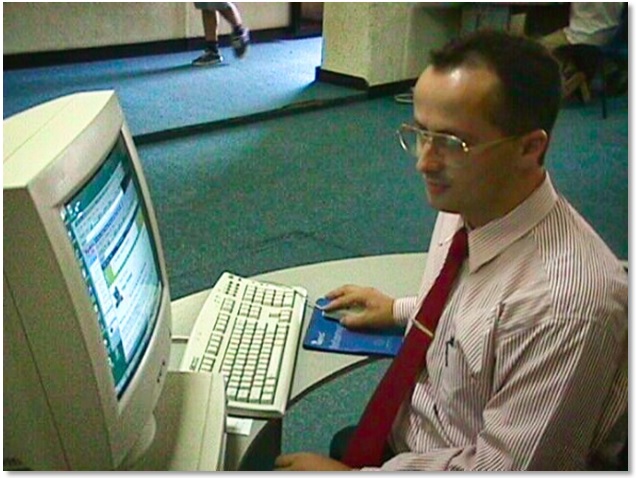 WiRED’s work with the U.S. Department of State in Kosovo began with the opening of a satellite linked Internet facility available to the public without charge. While the key purpose of the centers was to allow Kosovars to connect with friends and family who fled abroad during the war and the ethnic cleansing, we found that doctors were among the most avid users. Why? Because these centers provided a connection to the latest online medical research and with colleagues outside. That was motivation enough for these doctors to line up each morning before the centers opened their doors.

Aziz M. Mustafa — a young ear, nose and throat physician — came to the Internet facility in Gjilan nearly every day for his research. WiRED’s Executive Director, Gary Selnow, who worked throughout Kosovo to set up the centers, had an opportunity to spend time with Dr. Mustafa and to learn that he was not only a physician, but also a poet. Selnow connect Dr. Mustafa with Prof. Diane Molberg who was Selnow’s colleague at San Francisco State University. Via email, Prof. Molberg began a conversation with Dr. Mustafa. This article, written by Prof. Molberg, tells the story. 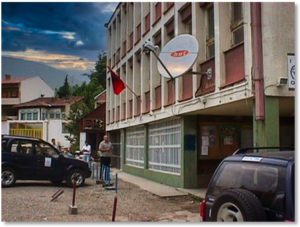 In 1992, Aziz M. Mustafa began work as a general practitioner in Kosovo. Five years later, he was in residence in the ENT Department at the University Medical Center in Prishtina. He is currently completing final examinations in Austria after which time he will be a licensed ENT surgeon. Thanks to WiRED¹s work in Kosovo, Aziz has been on-line since February 2000, when he went to WiRED¹s Internet Center in Gjilan. Here¹s what he says about the importance access to the Internet has had on his medical career. “I was at the Center for one or two hours every day. The Internet was my way of gaining new knowledge. I have access to all the data I need about my professional and scientific education.” He goes on to say access to the Internet has radically changed the way he learns. “I learned more in this period of time on the Net than I did during the past three years of classical education.”

Aziz was quick to enlist the help of his colleagues and together, they were responsible for publishing “Clinical Aspects of Laryngeal Cancer in Kosovo” for the XVI Congress of European Associations in Cancer Research (June 2000). In October 2000, the Second Symposium of the Oncological Society of Kosovo was held in Prishtina. Aziz states that the quality of the literature used in the second Symposium is much higher than that of the first because, “I used data from the Internet (www.PubMed), the site of the National Medical Library.” In addition, Aziz successfully completed an on line course in laser surgery offered by the Christian Albrecht University. 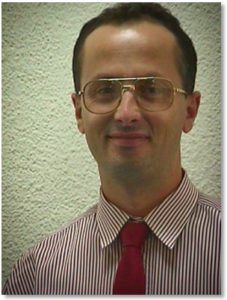 Personally, the Internet access provided by WiRED has given Aziz a venue for his poetry. His two volumes of poetry are not available in translation, however www.poetry.com has given him a worldwide audience. Internet access has enriched this talented man both personally and professionally and that enrichment continues to grow as WiRED establishes more and more Centers.

“For me,” Aziz says, “the Internet is the source of all theoretical knowledge. I cannot imagine the rest of my life without the Net.” “My friend, Xhevat Latifi, says if you have Internet access, the last village is not a province anymore.” WiRED agrees.