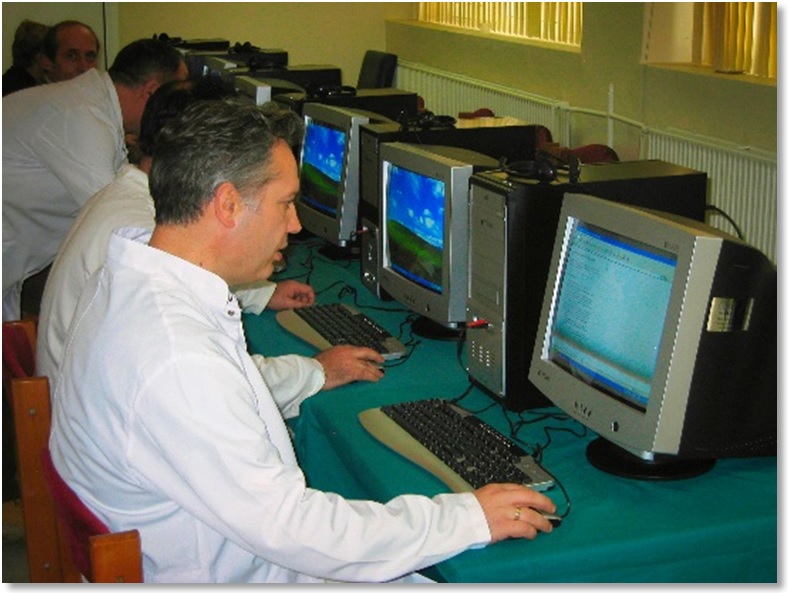 We have recently republished several stories about our early work in the former Yugoslavia. Readers may recall from these articles that in the late 1990s and early 2000s, in six countries across that region, WiRED installed dozens of Medical Information Centers (MICs). The MICs provided doctors, nurses and medical students with interactive training programs on CD-ROMS and then online training, as soon as we were able to establish Internet connections.

We supplied a wealth of medical information, but one problem faced by users of our MICs was their inability to access the latest medical journals. In the early 2000s, most medical journals provided articles online, but they charged steep access fees. The former Yugoslavian countries, and the other low-resource countries we served around the world, could never afford the fees charged by the journals. 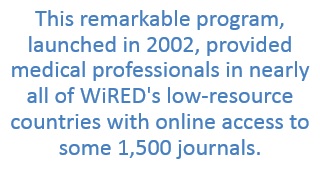 WiRED reached out to a number of publishers to see if we could arrange for free or reduced-cost access to journal material. Much to our frustration, we had little success. Some of our countries had come through a brutal war, while others suffered from such poverty they could never pay for journal access. For the journals, granting doctors online access would cost nothing, it would show goodwill and it would help struggling countries recover their medical capacities.

As we were spinning our wheels with the publishers, in 2001 we got wind of a UN initiative to do exactly what we attempted but failed to do: arrange with medical journals free or very low fees for access to research articles by doctors in under-resourced countries. An agreement between the UN, WHO and six major publishers of medical journals led to a program called: HINARI (Health Inter-Network Access to Research Initiative).

This remarkable program, launched in 2002, provided medical professionals in nearly all of WiRED’s low-resource countries with online access to some 1,500 journals. What a generous gift to the doctors and nurses and the people in countries straining to emerge from the challenges of conflicts and poverty!

Today, NINARI is folded in with three other research bodies under the heading of Research4life Programs. They include HINARI, AGORA (Access to Global Online Research in Agriculture), OARE (Online Access to Research in the Environment) and ARDI (Access to Research for Development and Innovation). The number of countries eligible for free and reduced-cost access has contracted, but the poorest countries remain on the subsidized list, and with a much richer collection of journals and books than started out in 2002.

Personal Comment: We can’t often praise the UN or WHO for their assistance in the underserved countries where we work. However, in this case we applaud both organizations for their successful negotiations with publishers in 2001 and over the years to create carve-outs for low-resource countries to access journals and medical textbooks. Kudos to all those who forged an agreement on this critical project and who sustain it today. A pat on the back, too, for decision makers at the journals and publishing houses who saw the need and responded appropriately. We have seen many missteps of these large international organizations over the years, but here is an example of a good outcome arising from their efforts. Well done, UN and WHO.
— Gary Selnow

Communities in Serbia and Kosovo are benefiting from eight new Medical Information Centers (MICs) brought by WiRED in late November. Executive director Gary Selnow was on-site for the opening ceremonies.

Five teaching hospitals in Kosovo welcomed MICs funded by the Medtronic Foundation. Together, these MICs will serve several thousand doctors, students and medical professionals. The five facilities previously lacked libraries with up-to-date materials; now, in addition to WiRED’s databases, each will have access to information from the World Health Organization’s NIHARI database. Speaking at a ribbon cutting ceremony, Selnow stressed the idea that healthcare can be a global unifier. 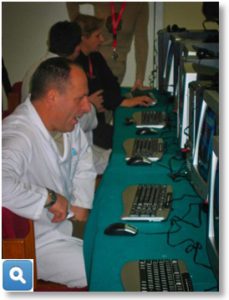 “When we look at all the people joining together to provide medical information in WiRED’s centers around the world, and at hundreds of thousands of people using the information provided, we begin to see how universal our concern for healthcare has become,” said Selnow.

WiRED’s work in Kosovo began in 1999, with training and research for U.S. Department of State-sponsored centers. At that time WiRED provided the only internet connection in Kosovo, which was used primarily by individuals seeking information on friends and relatives who had fled or were forced from Kosovo by the Balkan War.

In 2004, WiRED installed the first MIC at the University of Prishtina Medical School. On this latest visit, WiRED brought centers to the regional hospitals of Prizren, Peja, Gjakova, Gjilan and Mitrovica. 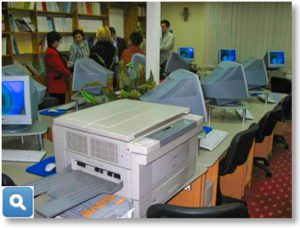 Each center is equipped with six to ten computers, an extensive hard-drive database, and access to WiRED’s Web portal.

WiRED has overcome many obstacles to bring healthcare information to Serbians. Work in Serbia during the presidency of Slobodan Milosevic (1989-1997) was difficult; once Milosevic was sent to the Hague for war crimes, WiRED gained easier access to the country. Between 2004-2005 WiRED installed six centers in Serbia. 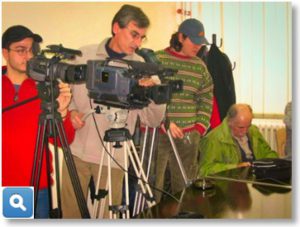 MICs in Serbia have gained extensive media exposure. The most recent openings were covered by Serbian national and local television outlets, demonstrating the importance of the WiRED centers to both the medical community and the country as a whole.

Mr. Hrvoje Badovinac, Medtronic’s Manager for the Adriatic Region, joined Dr. Selnow at the ribbon cutting ceremony. In his remarks, Dr. Selnow stressed a theme of unification. “We hope that this Center will remind us of our commonality, of the fact that, at heart, we are the same, one and all. It is true that much divides us, but our quest for good health is the tie that binds.”