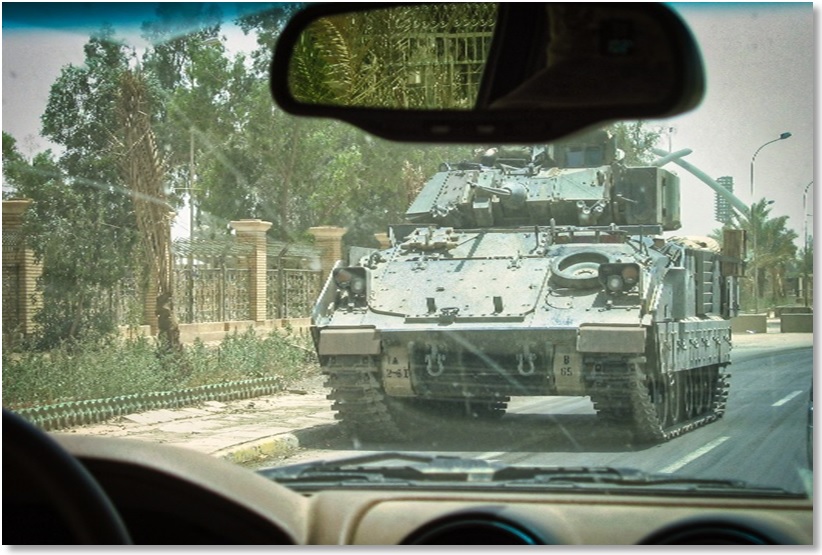 Early in 2003, as WiRED was completing its fourth year of intensive work in the former Yugoslavia and launching a major health education program throughout Kenya, the U.S. Department of State (DOS) contacted us about travel to Iraq. DOS asked WiRED’s executive director, Gary Selnow, to join the head of the State Department’s Global Technology Corps to visit Baghdad, arriving several days after American troops entered the city. This DOS team was looking at how computers and the Internet could help with Iraqi reconstruction. Specifically for WiRED, the mission was: find a way to deliver medical information to Iraqi physicians and medical students who, for years, suffered from an embargo on all medical journals, texts and conferences.

In the six years that followed, WiRED would build a variety of health education programs that included 39 Medical Information Centers in hospitals and clinics throughout the country, and a small telemedicine program linking Iraqi and American doctors in real-time training forums.

In this story, the first of several we retrieved from our archives about WiRED’s work in Iraq, Dr. Selnow, who had visited a number of universities and medical schools early in 2003, describes the shocking destruction of Iraqi campuses and, paradoxically, a positive outlook of Iraqi educators. This article was published in the Journal of Higher Education.

From:
The Chronicle of Higher Education
By Gary Selnow
AUGUST 8, 2003

Paradox Amid the Rubble

The room at the Al Kadhymia Teaching Hospital in Iraq had bars on the windows, lots of electrical outlets, and plenty of space to accommodate computers. I was traveling with an American computer technician and an Iraqi physician in May on a project sponsored by the U.S. Department of State to create medical-information centers at teaching hospitals and medical schools throughout the country. We were looking for places to install our equipment, and this room could have been the perfect spot.

But it was filthy and cluttered with broken desks, shattered glass, hospital equipment, and trash. Looters had left their marks. We couldn’t even begin to bring in our computers. We asked the doctors, teachers at the university, if they could arrange for custodians to clean the room—although “excavate” was more like it. They agreed, and when the technicians and I returned several days later with the computers, the room was spotless. We learned that the doctors themselves and their students had spent hours late at night after their last rounds, washing the floors, tossing the trash, and preparing the space. Why, I asked, did they do this? Because, they said, they desperately wanted the medical e-library we were bringing them, and they didn’t want to lose the chance to get it. They were willing to do whatever it took to obtain the resources they needed to advance medical education, even if it meant working late nights at hard labor. 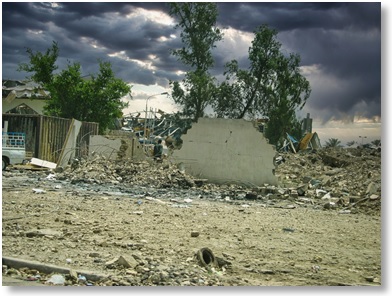 I can’t say I was surprised. I had seen that spirit elsewhere in Iraq in my discussions and work with educators. Despite truly awful conditions in many higher-education institutions, the professors characteristically displayed a remarkable spirit. Several colleagues in the United States have asked about conditions at the colleges and universities in Iraq, and thinking through my responses, I am struck by a paradox.

On the one hand, conditions could not be worse. Colleges and universities atrophied under Saddam Hussein’s starvation plan—the way prisoners of war lose strength and weight, and become frail images of the people that they once were. Laboratories and libraries grew old and worn, research and teaching facilities aged into relics. A decade of international sanctions reduced the flow of information into and out of the country, and halted faculty exchanges at the border. Iraq’s colleges and universities were frozen in time. Finally, in a cruel and punishing assault, massive looting of many campuses after the fall of Saddam’s regime stripped from the bones any flesh that remained. Everything is gone.

The situation at Al Kadhymia is similar to what has occurred throughout the country. Labs are empty, computers are missing, phones have been ripped from the wall, fans and lights have been torn from their fixtures. Even the fixtures themselves on many campuses are now gone, as are the wires that once fed them power. At the University of Basrah’s College of Science, faculty members used bricks and mortar to barricade the door of its aging computer laboratory, but looters found another way in and plundered the computers. What has not been stolen has been destroyed. Chalkboards are smashed, windows broken, doors ripped from their hinges. It’s hard to imagine how conditions could be worse, and impossible to understand how professors can view their campuses with anything but resignation and defeat.

But herein lies the paradox. Instead of despairing, the faculty members remain remarkably upbeat and optimistic. And this is not just a Westerner’s quixotic perception: For one thing, colleges and universities did not end the semester early, even during the worst periods of the war. Imagine that! They suffered unthinkable assaults, and yet the semester went on. Most campuses continued their classes and scheduled exams. Students in their final year graduated; students in the middle of their studies will advance to the next level when they return in the fall.

Will there be a fall semester? No question about it. As part of an administration overhaul and “de-Baathification” process (whereby members of Saddam’s Baath Party are removed from leadership roles), the faculties have voted their choices for replacement deans and department heads. The new leaders are now preparing for the start of classes in September, even though no one can expect much in the way of campus rehabilitation other than a good housecleaning to remove the litter and the dust blown in through broken windows. Professors are amused by questions about their capacity to continue in the face of these assaults. “Of course we’ll continue,” they say. The exterior may have been stripped away, but the nucleus remains.

That determination has marked nearly all of my conversations with college and university professors in Iraq, just as it did at the medical school, where the doctors grabbed the mops. Driven by the faculty’s commitment, the teacher-student relationship—the core of education advanced by the Greeks more than 2,400 years ago—remains intact. That got me thinking about our profession. It reminded me more than ever that education is about the coming together of people to share ideas—the student and the teacher in conversation—and that the academy is not so much a place as it is the host for a process. A college is not about bricks and mortar, it is about the assembly of minds. Without professors, teachers, instructors—call them what you like—campuses in Iraq or anywhere else would be nothing more than empty buildings.

In other words, buildings don’t define a college, the people who inhabit them do. This point is all too often lost on many campuses where building construction and capital improvements often trump investment in the faculty. Socrates never stepped foot in the classroom—his school was the town square, the marketplace, the steps of public buildings—yet the influences of his teachings have resounded across the centuries. Educators are the hearts and the souls of education, no matter where or in what form it takes place—whether it’s in a resource-rich laboratory at the Massachusetts Institute of Technology, a University of Baghdad classroom stripped to the bone, or a medical school trashed by looters.

The optimistic, persistent, even defiant Iraqi professors have made it clear that they will not yield to the offenses of bullies and thieves. Such teachers will play a crucial role in the rebuilding of a country and in the preparation of its youth. Their reaction to hardship confirms that Muhammad was indeed prophetic when he wrote, “The ink of the scholar is more sacred than the blood of the martyr.”

So, to the paradox: On the one hand conditions could not be worse, and on the other they could not be better. I tell my colleagues back home that I’m heartened by what I’ve seen here. These colleges and universities will rise from the ashes. I also tell them how this place confirms a truth about the nature of education and about the soul of our profession: that teachers will continue to be the driving spirit of any campus, and education will flourish despite a tyrant’s cruel assaults, years of sanctions, and the attacks of angry mobs.

Several years ago, WiRED’s Executive Director, Dr. Gary Selnow, wrote a series of essays presenting some of our history. This chapter describes how WiRED started in Iraq and considers the early days of our involvement. It is the first of three chapters.

The Beginning of WiRED’s Work in Iraq

May 2003, soon after the U.S. invasion of Iraq — Some people are blessed and can sleep through anything. As luck would have it, I’m not one of them. It was 1:30 in the morning, my first night in Iraq. I was staring at the ceiling, listening to the howling sandstorm pounding the side of the building, which happened to be one of Saddam Hussein’s palaces. Along with the sound of wind and the grating of sand against the windows, I could hear the snoring of 20 men in our makeshift dorm — two rows of steel-frame cots — set up for advance teams. With the arrival of troops in Baghdad in the spring of 2003, the United States and other coalition member countries sent people to help with infrastructure, security, administration and the other services needed to stabilize Iraq.