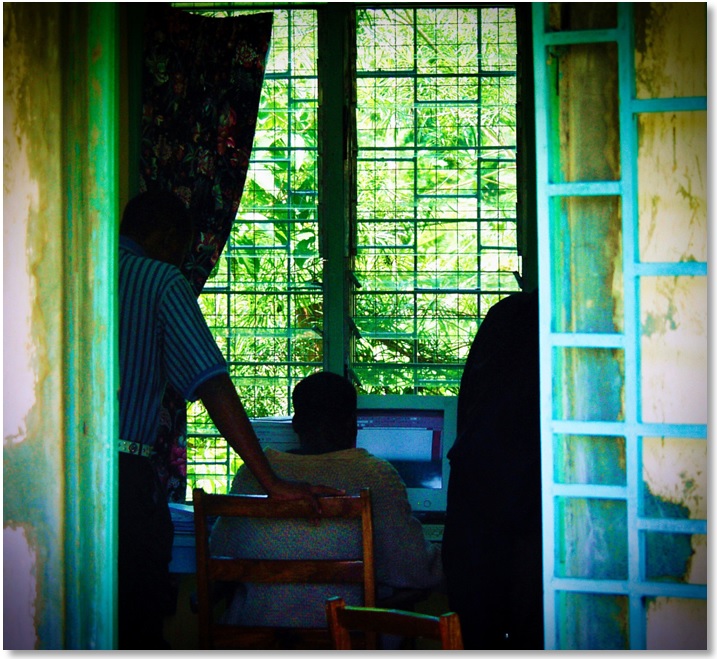 Back in the early 2000s, WiRED’s Community Health Information Centers (CHICs) in Kenya were outfitted with desktop computers, CRT monitors (state of the art at the time) and an extensive collection of CD-ROMS stocked with health information. Initially, we offered information mostly about HIV/AIDS, which at the time was rampant throughout Africa and much of the world. It plagued men and women alike, and in countries throughout East Africa, it devastated entire villages, taking out large swaths of a community, leaving behind only the very young and the very old.

The stigma of AIDS was such that people rarely dared to mention its name. It was tepidly referred to as “that disease,” or “the illness.” Most of the time, people who came to the CHICs didn’t reference AIDS by any name, but instead feigned an interest in another condition entirely. So after looking indifferently at information about headaches or malaria or the flu, they would often say, “While I’m here, I heard something about that sickness, you know the one, I might as well take a look at that.”

WiRED recognized the fear and stigma associated with HIV/AIDS. and very early in the CHIC project we removed reference to it when identifying our Centers. We didn’t call them HIV/AIDS information centers; if we did, no one would show up. We called them Community Health Information Centers. No shame in going to a place that dispenses health information. 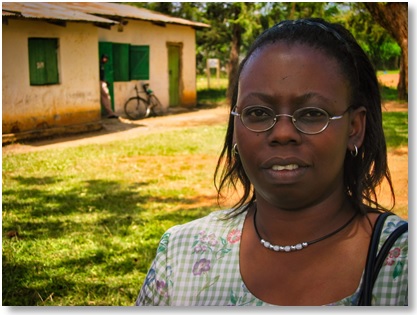 The following piece from our archives offers a brief story about a gentleman who it seemed was in such pain and desperation that he actually asked for AIDS information. Our staffers were coached to be gentle and discreet, and in this story the CHIC attendant not only helped the ailing gentleman access the information he needed, but took the next critical step and referred him to a near-by clinic, where he could be treated for an STI.

This story, told by Sr. Bernadette Nealon to WiRED’s Kenyan manager, Pauline Karani, describes a scene that played out thousands of times in our CHICs across Kenya. People got actionable information and, often with the guidance of the CHIC staffer, took steps to address a medical condition that if ignored might well have gone quickly and decisively beyond the reach of medical treatments.

In her narrative, Pauline includes a quote from the Bible: “My people perish for lack of knowledge.” She makes the case in her story that knowledge provided at the CHIC was the key to getting this gentleman the help he needed.

Perishing for Lack of Knowledge

The man walked slowly, seemingly in pain, into WiRED’s Community Health Information Center (CHIC) in Kisumu. The look of trepidation on his face belied his fear; he did not know what to expect from this visit, and obviously expected the worst. When welcomed by a friendly staff member and offered a chair, he did not sit-not because he didn’t want to, but because he couldn’t.

The staff member spoke gently and inquired what kind of information the man wanted. “I need to know about sexually transmitted diseases and AIDS,” he replied. The staff member quickly got CD-ROMs on these subjects from the center’s digital library and helped him access the information on a nearby computer terminal. The man, still standing, took a keen interest in the information and began asking questions. Suddenly, he recognized something that looked familiar. Yes! That’s what he had. His symptoms matched one of the diseases he saw on the CD-ROM. The next click of the mouse explained the disease’s treatment. So it had a cure? Tears of joy welled up in his eyes. There was hope after all. 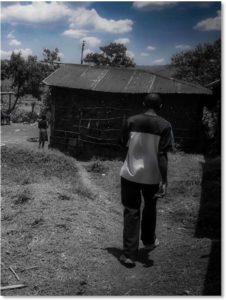 The man earnestly explained his predicament to the staff member. He had been suffering from painful symptoms for several weeks, but was too ashamed to ask anyone for help. He had lost hope and thought he was going to die. When he heard about CHIC he decided to see if he could get any sort of information that might help.

The CHIC center in Kisumu is housed within the larger community health department, and so following their consultation, the CHIC staff member referred the man to the health clinic located next door. There, he was diagnosed with an STD, prescribed medication, and given an HIV test. To his great joy his results were negative.

A quote from the Bible (Hosea 4:6) says, “My people perish for lack of knowledge,” a truth deeply demonstrated by this man’s story. He would have died in pain and hopelessness, if not for the information provided by CHIC. His is only one of many stories; rural Kenyans rely on CHIC for a broad spectrum of health information needs. With your generous support, WiRED can expand these services, and bring them to parts of Kenya that lack even the most basic health information. Please help WiRED help others from perishing for lack of knowledge.