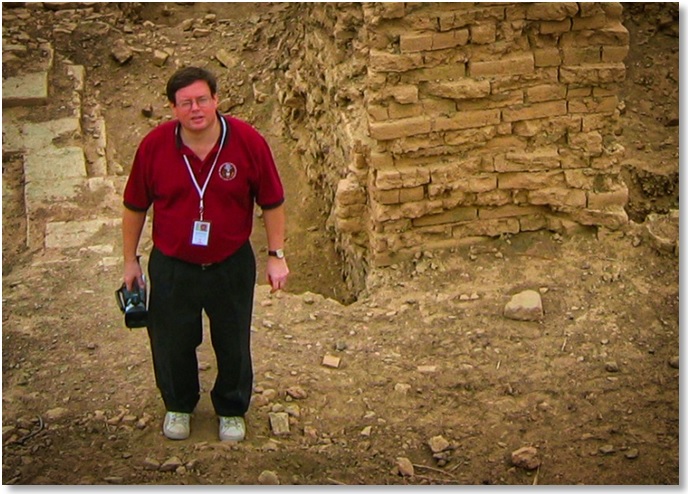 In the main headquarters lobby of the U.S. Department of State in Washington, D.C., stands a wall bearing memorial plaques that honor fallen Americans who lost their lives while serving the American people abroad in foreign affairs. As of May 2021, there were 321 plaques with names going back to 1780.

In the mid-2000s, the State Department added another name to the wall, that of James Mollen, an American diplomat, who was killed outside the Green Zone in Baghdad. Jim went to Iraq in 2003, as head of the State Department’s Global Technology Corps, to explore ways that technology could assist the Iraqi education system. He requested WiRED’s assistance with the use of computers and the Internet to provide the latest medical information and education tools for doctors and medical students throughout the country. Jim and WiRED’s director, Gary Selnow, traveled to Iraq early in 2003, and they worked together on their parallel tracks to use IT in the service of education.

This story and the WiRED History chapter that follows discuss Jim Mollen and his contributions to the reconstruction effort in Iraq. The History chapter also looks at a variety of events in our early months of work there.

WiRED mourns the Loss of Diplomat in Iraq

Jim Mollen was killed in Iraq on the day before Thanksgiving. Mollen was the U.S. Embassy’s senior advisor on Iraqi educational matters. He was shot to death in a car outside the Green Zone while traveling from a meeting. 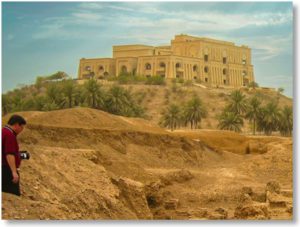 In spring, 2003, Mollen headed up a three-man review team for the State Department soon after American troops entered Baghdad. WiRED’s director, Gary Selnow, was part of that team which looked into the use of information technology to assist in the reconstruction and development of Iraq’s educational systems. From this visit arose WiRED’s Medical Information Center program now underway in the country’s medical schools and teaching hospitals.

WiRED mourns Jim Mollen’s death. Selnow said that “Jim was a decent and dedicated man, and his devotion to helping the Iraqi people displayed the very best of the American spirit. Jim’s family should be proud of his work and they should know that he made a significant contribution to the progress of educators and students in Iraq.”

Several years ago, WiRED’s Executive Director, Dr. Gary Selnow, wrote a series of essays presenting some of our history. This chapter describes how WiRED started in Iraq and considers the early days of our involvement. It is the first of three chapters.

The Beginning of WiRED’s Work in Iraq

May 2003, soon after the U.S. invasion of Iraq — Some people are blessed and can sleep through anything. As luck would have it, I’m not one of them. It was 1:30 in the morning, my first night in Iraq. I was staring at the ceiling, listening to the howling sandstorm pounding the side of the building, which happened to be one of Saddam Hussein’s palaces. Along with the sound of wind and the grating of sand against the windows, I could hear the snoring of 20 men in our makeshift dorm — two rows of steel-frame cots — set up for advance teams. With the arrival of troops in Baghdad in the spring of 2003, the United States and other coalition member countries sent people to help with infrastructure, security, administration and the other services needed to stabilize Iraq.