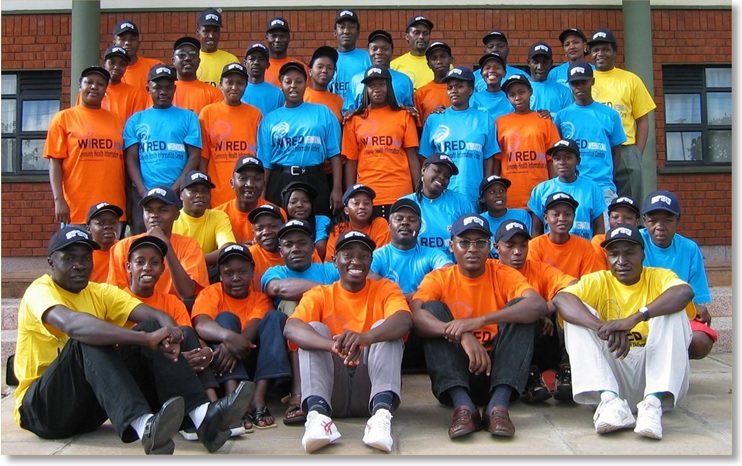 Since the start of the year, we have been republishing stories from WiRED’s Archives covering our programs from the past 25 years. Most of the articles describe our field work from the perspective of our volunteers, who donate endless hours in these humanitarian efforts, and the stories also shed light on the philosophies that guide our efforts and motivations.

Over the next few months we will tell the stories of the people who have benefited from WiRED’s health training programs. They tell their stories in their own words. Most of these first-hand accounts are from people in Kenya where we initially tested our Community Health Information Centers (CHICs) under a developmental grant from the U.S. National Institutes of Health.

The outcomes people describe focus on the CHICs — a precursor to WiRED’s current programs that train community health workers (CHWs), who provide clinical services and teach healthy practices in the community. But, before the CHWs, were the CHICs, described in the following stories.

In 2001, WiRED began work on a network of health information centers in Kenya, including 19 Community Health Information Centers (CHICs). WiRED’s primary goal is to raise health standards of Kenyan communities, and members of the community believe these Centers are ideal resources from which to obtain current information about health care. 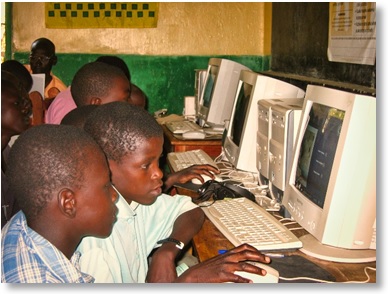 In an effort to assist Kenya in its fight against infectious diseases such as HIV/AIDS, the CHICs serve Kenya’s grassroots populations by providing access to health information for health workers, primary care givers and young people. Merging technology with a trained support team, these Centers enable people to take responsibility for their own health and well-being, and ultimately to recognize their ability to shape their own lives.

It is difficult to comprehend the immense tragedy of AIDS as it sweeps across Africa. The following stories, sent to us by CHIC visitors, staffers and community members, reflect the anguish and sorrow and the hope and joy experienced among those familiar with WiRED’s Centers. These recollections describe the value of WiRED’s programs and show how WiRED is offering an opportunity to those who have lost all optimism to once again experience hope. Some of these stories below map the lives of young people, many of whom have been orphaned or have become infected with HIV. These children are destined to suffer the same fate as their elders if they do not receive help in time.

Confirming the popular notion that “information is power,” the story of 11-year-old Joseph is a testimony to WiRED’s work in this part of the

Joseph’s aunt had been sick for an extended period of time, and, like the rest of the family, Joseph was convinced that his former uncle’s family had bewitched his aunt. Several local “experts” had, in fact, confirmed Joseph’s belief and had prescribed several cures, including animal sacrifices. These futile attempts to help his aunt occurred before Joseph joined the peer educators’ club in his school. 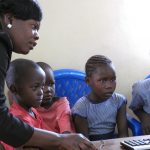 Members of the peer educators’ clubs visit the Community Health Information Center on a regular basis and then provide HIV/AIDS prevention information to their peers. The oral education provided by the young trainers is geared toward abstinence. During one of these visits to the Center, Joseph read an HIV/AIDS CD-Rom from WiRED’s medical e-library. That experience changed his life. Although Joseph was not allowed to participate in adult conversations, he found the courage to state the words that saved his family. “I have seen my aunt’s disease on the computer,” Joseph told his stunned family. Before anyone could stop him, Joseph advised them to secure an AIDS test. Joseph’s father had also suspected that his sister was suffering from AIDS, but as he confessed, “I had no courage to suggest HIV testing.” His 11-year-old son gave him the courage to urge his family members to heed Joseph’s advice.

Joseph’s father is most grateful for the Center, and now believes that “it is very good for children to learn these things early in life so they will grow up as responsible people.”

A RAY OF HOPE

Back in the days when dance clubs were called “discotheques” and secretaries took shorthand, Jane Atieno was a remarkably beautiful woman, and all who knew her when could attest to that. But the Jane we know now is a pale reflection of her former self. She was infected with the HIV

virus and her condition has now developed into full-blown AIDS. 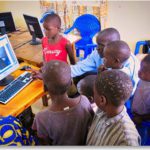 Jane originally came to the Kendu Bay CHIC looking for help. She says that she is not afraid to talk about her past because she hopes that she can encourage others living in the “fast lane” as she once did to seek help or information.

Jane also believes that WiRED International is doing a great deal to educate the community on the dangers of HIV/AIDS. She is coping with her situation by getting a lot of help from WiRED, and frequents the CHIC to access accurate information that she can, in turn, pass along to the individuals she addresses. Although AIDS is draining Jane of the physical beauty she once had, her inner beauty and strength is a ray of hope to others.

Editors’ note: This collection of essays was written by average people who have visited or served as counselors at WiRED’s Community Health Information Centers (CHICs) throughout Kenya. The CHIC program is an innovation in dispensing information about HIV/AIDS and other critical health issues to grassroots communities. These Centers integrate computer technology, counselor support and a wide array of community resources in the fight against AIDS in Africa. The essays were written by Kenyans. Their stories are sometime humorous and sometimes tragic, but they all express hope, and they all come from the heart.