Elevating the Standard of Local Health

By Allison Kozicharow; Edited by Staff

WiRED International reports that during the month of May 2022, 12 community health workers (CHWs) in Kisumu, Kenya, reached a total of 5,504 people with health services. Working 24 hours per week, each of the 12 CHWs met with at least 52 patients a week, and the largest number seen in a week by a single CHW was 174, most of them in health training classes.

Overall, the top 10 health issues for the month of May in order of prevalence were as follows: 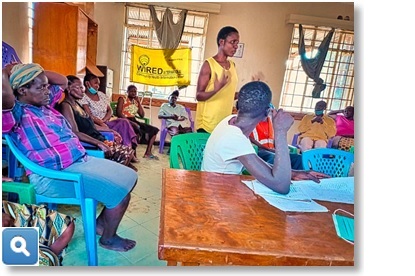 The following testimonials illustrate the impact CHWs are making in their community as trusted go-to sources for issues of health and preventive practices (here on the subject of teenage pregnancy and marriage).

I had a one-on-one talk with a teenage girl who was upset because she was pregnant and her family was very bitter and disappointed in her. I took my time to go talk to the mother, who agreed to help with the baby so that her daughter could go back to school to sit her final exams.

I was very touched by a young mother’s story. She has three daughters, and her husband, who is drunk all the time, wants to marry off the 17-year-old girl, which has caused a big fight between the couple. The mother attended a CHW session on gender-based violence and now  is opposed to her daughter being married early because that is a factor. The mother urged me and the entire CHW team to keep up the good work because educating people on the subject of early marriage will help young people make wiser decisions.

Teenage pregnancy has really affected many young people in our community due to peer pressure and wrong advice from each other. Many teens get pregnant not knowing the HIV status of the partner. After World AIDS Day, I educated teens on the importance of going for HIV tests, but the women said they can’t get their partners to go. Knowing that—and that some young women shared that they have numerous partners—I explained that PrEP (pre-exposure prophylaxis) can reduce the chance of getting HIV from sex or injection drug use. I encouraged the teens to consider PrEP if they can’t abstain. I made clear that when taken as prescribed, PrEP is highly effective for preventing HIV. I added that PrEP does NOT prevent pregnancies or STDs. 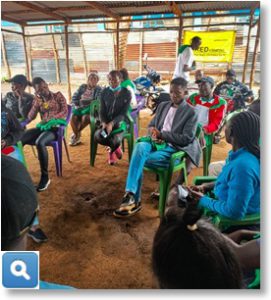 All CHWs are required to earn 50 continuing medical education (CME) units to maintain their certification. This CME program enables CHWs to reinforce their knowledge and learn new skills. They stay current on scientific findings, the latest diagnostics and treatments for health conditions that may impact their communities.