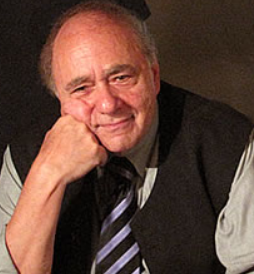 WiRED International’s board of directors and volunteers are saddened to note the death of Michael Constantine aged 94 on August 31, 2021, at his home in Reading, Pennsylvania.

To the world, Mr. Constantine was famous for many of his roles in film and television, but he is probably best known for his role as the Windex-spraying family patriarch of My Fat Greek Wedding. To all of us at WiRED he is remembered best as a longtime supporter and member of our Honorary Board.

We all have to make a living, but if that’s all we focus on we’re very poor. That’s one of the reasons I respect WiRED and care about it. In my profession, everyone is approached to work with organizations. We can’t do that with all of them nor can we contribute, but we pick ours. For me, it’s WiRED. What else can you do that is more important than staying healthy? It reminds me of my sweet mother, who, in her strong Greek accent said: ‘Your health is you wealth.’

Mr. Constantine started to volunteer for WiRED in the early 2000s when the organization was setting up centers worldwide for isolated doctors to access medical information. He appeared in two videos (see buttons below) to spread awareness about WiRED — both directed by future Oscar-winner Jason Zeldes — with the aim of helping physicians in underserved countries. For lending his professional skills to the creation of videos and other efforts to elevate WiRED’s visibility, WiRED honored Mr. Constantine in Washington, D.C., in 2010.

Mr. Constantine was born on May 22, 1927, in Reading, Pennsylvania, to Greek immigrant parents. He began acting in his mid-twenties on the New York stage, on and off Broadway, and enjoyed a film and television career that spanned more than 60 years. His most memorable roles include Principal Seymour Kaufman on Room 222, for which he won an Emmy in 1970, and Gus Portokalos in the 2002 hit My Big Fat Greek Wedding. The following is an interview that WiRED conducted with Mr. Constantine in 2016. BY ALLISON KOZICHAROW AND BERNICE BORN 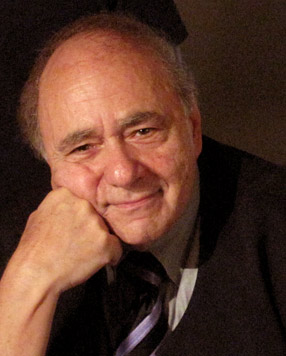 Award-winning actor Michael Constantine’s film and TV career spans more than 60 years. Identified most recently as the Windex-spraying family patriarch Gus Portokalos in the My Big Fat Greek Wedding movies, WiRED International knows him best as a member of its Honorary Board of Directors.

Drawn to WiRED in the days when the organization set up centers around the world for isolated doctors to access medical information, Mr. Constantine eagerly volunteered his services to WiRED and was honored by WiRED in 2010. He appeared in two videos to spread awareness about WiRED — both directed by future Oscar-winner Jason Zeldes — to help physicians in underserved countries. Today Mr. Constantine looks to WiRED for information on health topics such as the Zika virus. 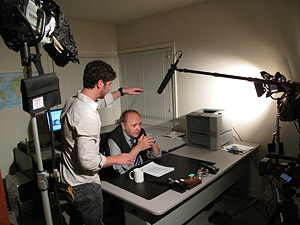 WiRED recently caught up with Mr. Constantine in a phone interview conducted by WiRED Board member Allison Kozicharow.

MC: The movie was a lot of fun. Someone once said that you can be funny by being very serious and not by trying to be funny. My Big Fat Greek Wedding won’t find a solution to world peace, but it’s good to laugh. Good laughs relieve stress. He who laughs, lasts. 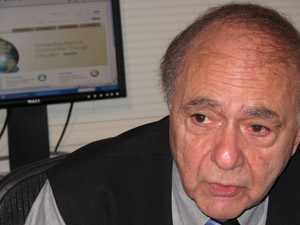 AK: You once said, “We all have to make a living, but if that’s all we focus on we’re very poor.”

MC: That’s one of the reasons I respect WiRED and care about it. In my profession, everyone is approached to work with organizations. We can’t do that with all of them nor can we contribute, but we pick ours. For me, it’s WiRED. What else can you do that is more important than staying healthy? It reminds me of my sweet mother, who, in her strong Greek accent said: “You health is you wealth.” 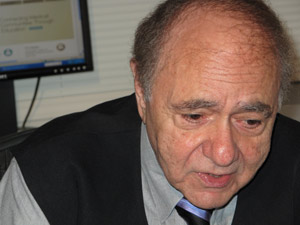 MC: I try, but I can’t read everything. When something new comes across like this Zika virus, yes, I want to learn about it. WiRED offers some very useful and understandable information.

AK: We just wrote about the possible link between Zika and neurological diseases such as meningitis.

MC: Meningitis is the devil in my family. I had a little sister who died from spinal meningitis. I was 5, she was 3. This stays with a family.

It’s a different society today than when I grew up. I never forgot what a teacher told my class long ago, that what a human needs are three things: food, clothing and shelter. So I grew up thinking that if I had food, clothes and decent shelter, I’m happy. Then I went to New York City and came across a guy with neurosis. I thought, this guy has food, clothes and shelter; what’s he upset about? It’s still hard for me to understand. It’s part of the illness of the times that people are so stressed out. One way to remove stress is to think of others. That’s what WiRED does so spectacularly.

AK: Besides making the current movie, what do you enjoy doing these days? 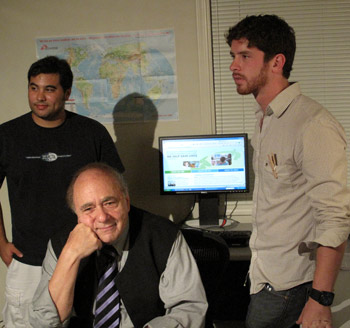 MC: The nice thing about being famous is that it goes away pretty soon. I figure that when the movie buzz settles down, I’ll get back to writing. I really enjoy writing; I love writing the most. Nearly 20 years ago I started writing and wrote screen plays. Recently I wrote a book called Sins of Holy Men, which deals with how the Christian religions got started. It’s a love story connected to the account of the First Council of Nicea’s efforts in 325 A.D. to consolidate Christian beliefs and canon law. It’s fact-based and offers what I think is a useful analysis of the period several centuries after the death of Jesus.

When most people think of Michael Constantine, they think of his films and television roles. It’s hard not to envision him as the forceful patriarch in My Big Fat Greek Wedding and in his roles in his 179 films and TV shows. Mr. Constantine, though, has an inspiring and spirited life off the screen as a researcher and writer, a philanthropist and humanitarian. He is deeply involved in U.S. and global matters that improve the human condition. Although in his eighties, he has the energy of a much younger man, as he helps people laugh a little and find joy, even in difficult circumstances. Mr. Constantine’s involvement with WiRED demonstrates his compassion for the health of poor and forgotten populations that benefit from the organization’s free health education programs.